In this article, you will find the Study Notes on Simple Diode and Wave shaping Circuits which will cover the topic as Half wave rectifier, Full wave rectifier, Zener Diode, and Regulator.

Any electrical device which offers a low resistance to the current in one direction and a high resistance to the current in the opposite direction is called a rectifier. Such a device is capable of converting a sinusoidal input waveform, whose average value to zero, into a unidirectional (though not constant) waveform, with a non zero average component. 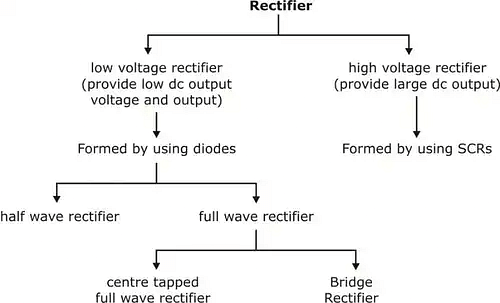 ➤ Half wave RectifierHalf wave rectifier will rectify only half position of input either positive or negative. The basic circuit for half wave rectification is shown in figure 1. 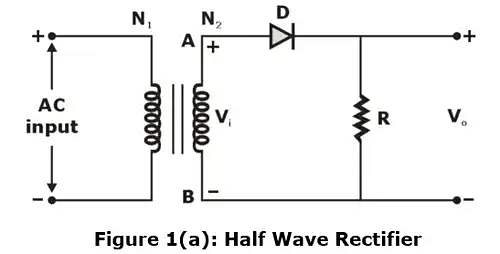 AC voltage across the secondary winding AB changes polarity after every cycle during the positive half cycle of input ac voltage, end a becomes positive w.r.t end B. This makes the diode forward biased and hence it conducts current.During the negative half cycle end A is negative w.r.t end B. Under this condition, the diode is reverse biased and it conduct no current. 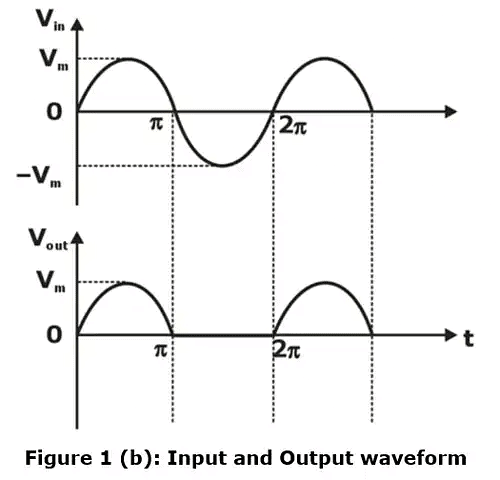 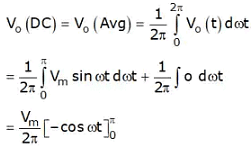 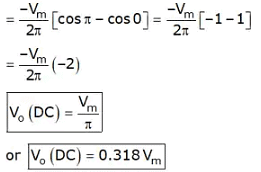 (B) Output rms voltage or current 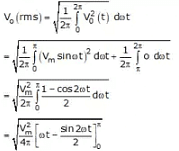 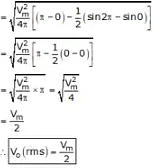 Which is sometime approximated as,

Ripple factor of half wave rectifier

(E) Current handling capability of a diodeIt is maximum current, that should not exceed otherwise breakdown occurs.

(F) EfficiencyIt is a measure of the ability of a rectifier to convert AC power into dc power. 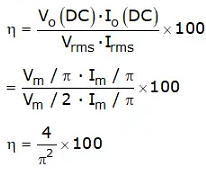 ➤ Full Wave RectifierIn full wave rectification, current flows through the load in the same direction for both half cycles of input ac voltage. This can be achieved with two diodes working alternatively. For the positive half cycle of input voltage, one diode supplies current to load and for the negative half cycle, the other diode does so; current being always in the same direction through the load.The following two circuits are used for full wave rectifier(a) Centre- tap full wave rectifier(b) Full wave bridge rectifier(a) Centre-Tapped Full-wave RectifierThe circuit of a centre-tapped full-wave rectifier is shown in Figure 2(a). This circuit is seen to comprise two half-wave circuits which are so connected that conduction takes places through one diode during one half of the power cycle and through other diode during the second half of the power cycle. 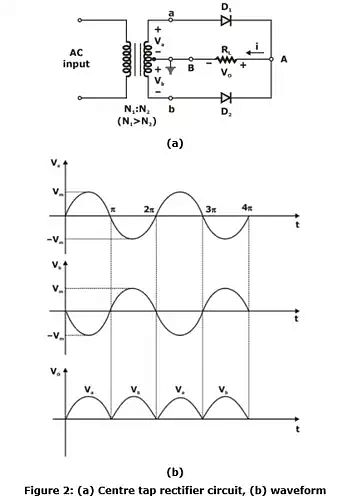 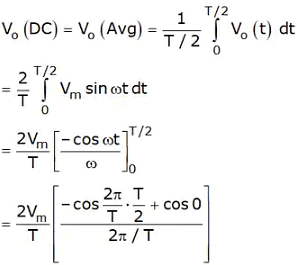 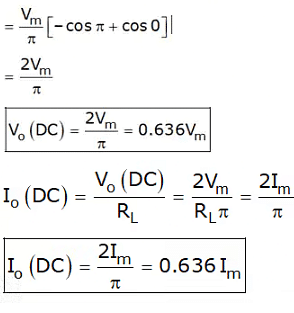 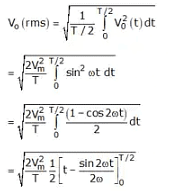 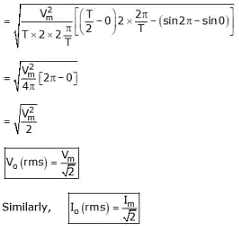 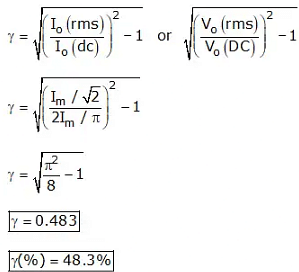 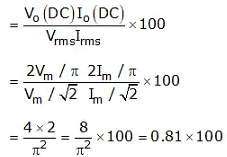 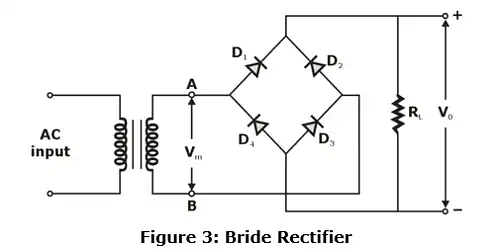 During positive half-cycle of input, point A is positive, diodes D1 and D3 are forward biased and diodes D2, D4 are reverse biased then, the current flows through diodes D1, the load RL and through diode D3 back to the negative polarity of the transformer secondary. During negative half cycle of input point B is more positive than point A, thus diode D2, D4 are forward biased and diode D1 and D3 are reversed biased, then the direction of current flow will be through diode D2 load RL and diode D4. In both case the current flowing through resistor RL is in same direction, thus it is unidirectional current and we obtain full wave rectification.

(a) Performance Parameters of a Good Voltage Regulator

(c) Application of Zener Diode as a Voltage Regulator 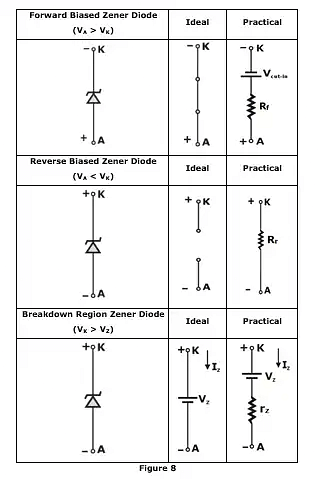