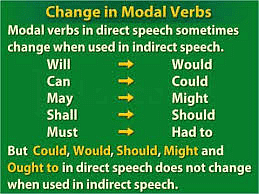 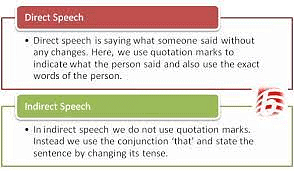 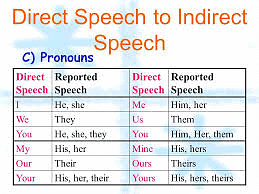 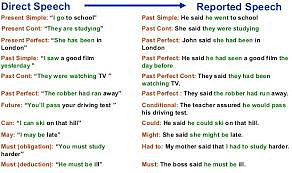 Note- in all the above rules the verb said in the direct speech becomes told in indirect and the preposition to is omitted (rule 5 and 6)Rule 7 when the turning a sentence from direct into indirect speech words showing nearest are changed into words showing distanceNow becomes thenThis becomes thatThese becomes those And so on please see in the following table to know more:- 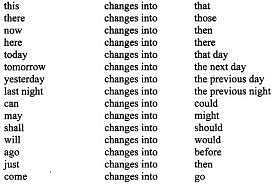 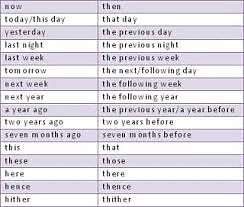 In reporting the question in the indirect speech1 the introductory verb is changed to ask, enquire ,demand, or some other word having a similar meaning2 weather or if are used after such an introductory work when the direct question has yes or no for an answer3 the interrogative form is changed into the declarative form4 the same word is used to introduce the reported speech if the question begins with an interrogative pronoun or adverb such as what, who, which, whom, when, where, how and why 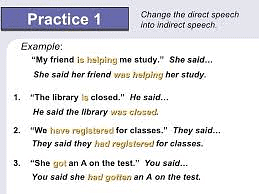 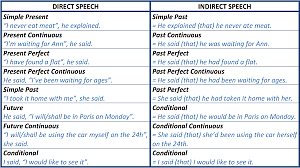 In reporting a commando a request in the indirect speech1 the introductory verb is changed to request, order, command, beseech, device or some other word suiting the sense2 the poem in the reported speech is put in the infinitive 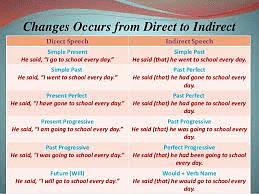 The document Direct and indirect speech Notes - Class 7 is a part of Class 7 category.
All you need of Class 7 at this link: Class 7