The document Dobereiner's Triads, Octaves and Mendeleev's Periodic Table Class 10 Notes | EduRev is a part of the Class 10 Course Science Class 10.
All you need of Class 10 at this link: Class 10

Note: Periodic table may be defined as the arrangement of all the known elements according to their properties in such way that the elements of similar properties are grouped together in a tabular form.

Earlier attempts of classification of elements (development of periodic table):Earlier attempts to classify the elements resulted in the grouping as metals and non-metals. Later on, they were classified on the basis of their atomic masses.

Note: After the discovery of inert gases, included in the periodic table it becomes the eighth element from alkali so this law has to be dropped out. 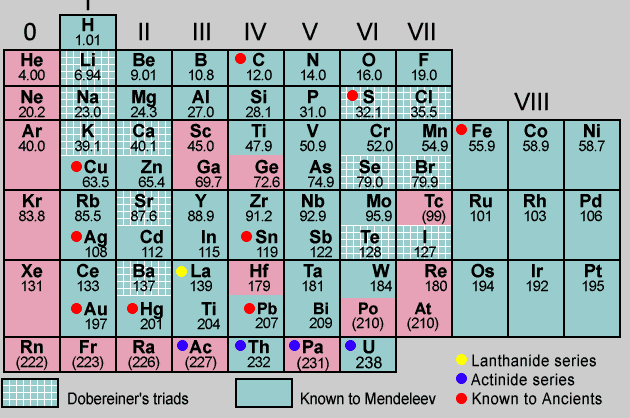 Achievements of the Mendeleev's Periodic Table

1. Systematic Study of the Elements

Note: When these elements were later on discovered, they were found to have more or less similar properties as predicted by Mendeleev. 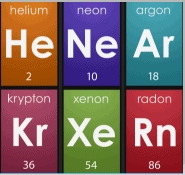 (i) Position of Hydrogen is uncertain because it resembles with I A group alkali metals elements and VII A (halogens) group elements.(ii) Isotopes

(vi) Dissimilar Elements were Placed in the Same Group

(vii) Cause of Periodicity

(viii) Metals have not been Separated from Non-Metals

(ix) Position for Elements of Group