The document Doc: Events and Its Types- Probability Notes | EduRev is a part of the JEE Course Mathematics For JEE.
All you need of JEE at this link: JEE

Events and its types

I. PROBABILITY OF THREE EVENTS 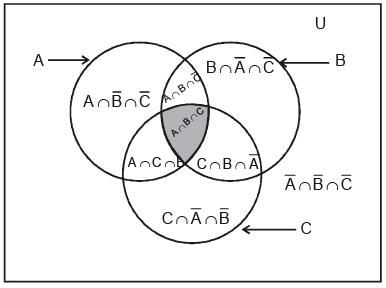 For any three events A, B and C we have