The document Election Commission of India Notes - UPSC is a part of UPSC category.
All you need of UPSC at this link: UPSC 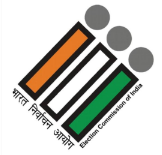 Since its inception in 1950 and till 15 October 1989, the election commission was as a one-member body with only the Chief Election Commissioner (CEC) as its sole member.

Independence of the Election Commission

Article 324 of The Constitution of India mentions the provisions to safeguard and ensure the independent and impartial functioning of the Election Commission which is as follows.

➤ In details, these powers and functions are:

Article 324 of the Constitution has made the following provisions with regard to the composition of election commission:

The Election Commission of India strives to be an Institution of Excellence by enhancing active engagement, participation; and deepening and strengthening electoral democracy in India and globally

The Election Commission of India maintains independence, integrity and autonomy; ensures accessibility, inclusiveness, and athical participation of stakeholders; and, adopts highest standards of professionalism for delivering free, fair, and transparent elections to strengthen the trust in electoral democracy and governance.

The document Election Commission of India Notes - UPSC is a part of UPSC category.
All you need of UPSC at this link: UPSC