The document End Point And Equivalence Point - Mole Concept Chemistry Notes | EduRev is a part of the Chemistry Course Physical Chemistry.
All you need of Chemistry at this link: Chemistry

Titration is used in analytical chemistry to determine acid, bases, reductants, oxidants, and other species. Titrations can usually occur in reactions such as redox reactions and acid-base reactions. During the process, two important stages known as endpoint and equivalence point are reached:

The point in titration, usually indicated by a change of color of an indicator, at which a particular reaction is complete, is called end point. It is an experimental value. 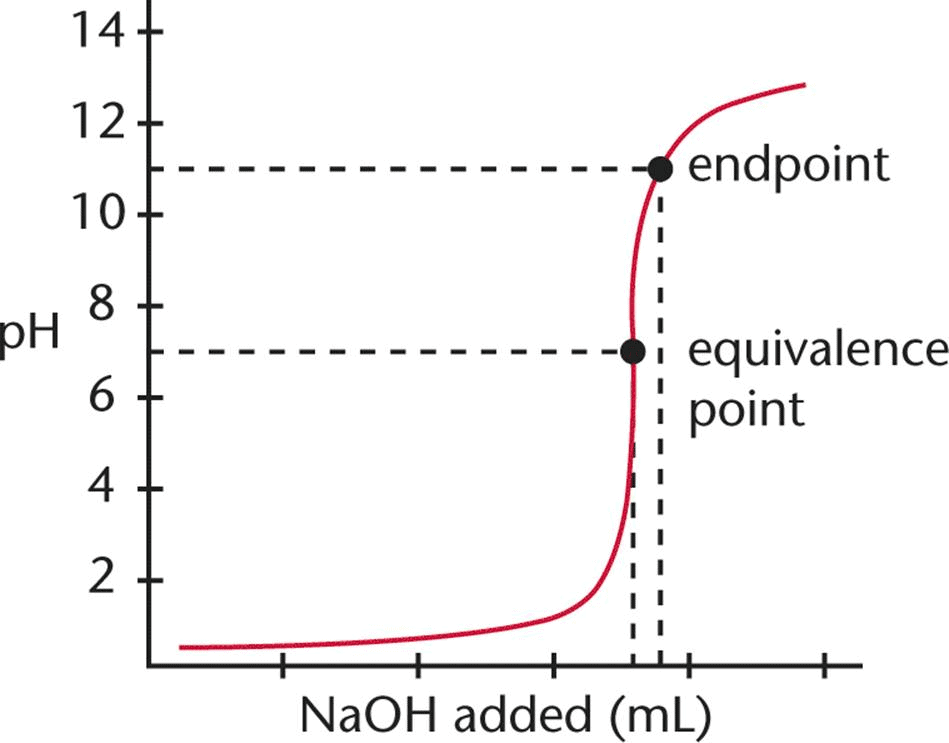 Difference Between Endpoint and Equivalence Point

There are the substances, the by a sharp colour change, indicate the completion of a chemical reaction.

pH scale used as an indicator

A double indicator titration is a process used in chemistry experiments to determine and analyze the amount and concentration of acids or bases in a solution at two endpoints. The following points must, therefore, be remembered. Different colors of methyl orange at different pHMeq. Of acid = meq. Of NaOH = meq. Of Na2CO3

The technique involving volume measurement during the reaction of gases is called eudiometry. To Represent the Concentration of H2O2 Solution:

In volume: The volume of O2 at STP given by 1 mL H2O2 solution on decomposition is H2O2 concentration of H2O2  in volume.Direct conversions can be made by using the following relations

To Represent the Concentration of Oleum:

Solution: percentage above 100 represents the mass of H2O that reacts with dissolved SO3 in oleum to give H2SO4, i.e., 9 g H2O reacts with free SO3 to produce H2SO4

To Determine Hardness of Water:

The reason for choosing CaCO3 as the standard to express hardness, inspite of the fact that CaCO3 is not soluble in water but its molar mass is 100 which makes calculation easy. The hardness may be removed by either of the reactants on treating with water.