The fundamental laws of Newtonian mechanics are

-Newton's first law states that every body continues in its state of rest or of uniform  motion in a straight line unless it is compelled by an external agency.

-Newton's third law states action and reaction is equal and opposite2. Law of gravitation

where G is the constant of proportionality3. Law of transmissibility of forces

According to the law of transmissibility of force, the state of rest or motion of the rigid body is unaltered, if a force acting on the body is replaced by another force of the same magnitude and direction but acting at any other point on the body along the line of action of the replaced force.4. Parallelogram law of forces

RESULTANT AND EQUILIBRIUM OF SYSTEM OF COPLANAR CONCURRENT FORCES

and its inclination to x-axis a is given by

1. Determinate Beams: cantilever, simply supported, one end hinged and other on roller, overhanging.

2. Indeterminate Beams: both ends hinged, proper cantilever, continuous.Statically determinate beams are the beams, in which all reaction components at supports can be found using the equations of equilibrium only.

where, T1 = force on slack sideT2 = force on tight sideμs = coefficient of friction

m = tan q, the slope of line AB in the effort vs load diagram.Load- This is the resistance to be overcome by the machine.

Effort- This is the force required to overcome resistance.

Input It is work done by effort = P×DOutput Useful work got out of the machine = Wd.

Ideal Load :Load that can be lifted by ideal machine

Reversibility of a machine :If the removal of effort while lifting results in lowering of the load, the machine is said to be reversible. It can be shown that a lifting machine is reversible, if its efficiency is more than 50 per cent and is self-locking if r < 50%

where q is the inclination of plane to horizontal. 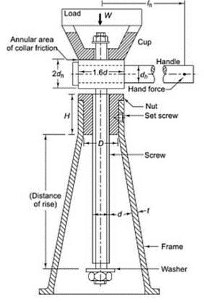 P= Effort applied at the mean radius to lift the load

W= Weight of the body to be lifted

μ= Coefficient of friction, between the screw and nut

where R = length of effort arm 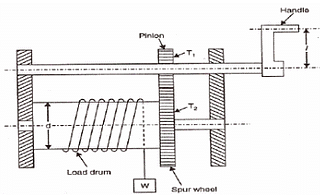 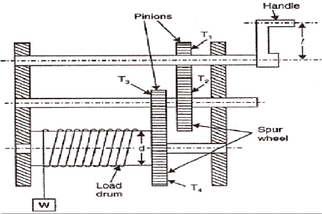 where y is distance of the element from the axis.

If r is the distance of elemental area dA form the axis AB, the sum of the terms å r 2dA to cover entire area is called moment of inertia of the area about the axis AB.Iab =  Δr2dA = ∫r2dA

CENTRE OF GRAVITY AND MASS MOMENT OF INERTIA 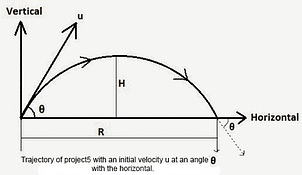 1. The trajectory is a parabola

7. Range is the same when

Relative velocity of A with respect to B is the vector difference between the velocities of A and B.VA/B= VA–VB

Resultant velocity It is the vector sum of the velocities caused by different forces acting on a body.

D’AI emberts Principle It states that the system of forces acting on a body in motion is in dynamic equilibrium with the inertia force R – ma = 0The term '– ma’ is known as inertia force or reverse effective force. 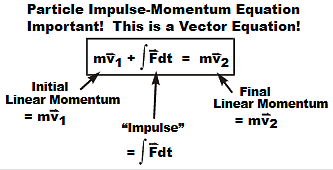 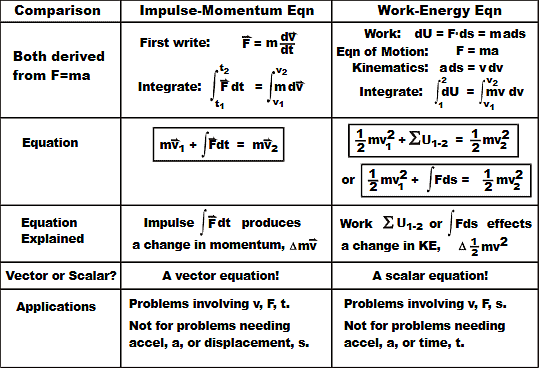 the general equations of motions are:

where, l is length of pendulum

g is the acceleration due to gravity