Renowned violinist MS Anantharaman passes away
On 19th February 2018, M S Anantharaman, a popular violinist, passed away due to age-related ailments, at his residence in Mylapore, Chennai. 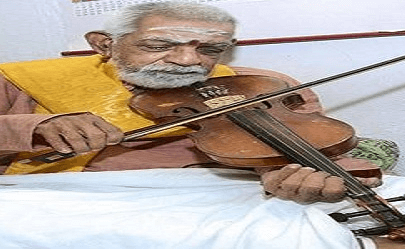 Death of MS Anantharaman:
i. MS Anantharaman was 94 years old. He was born in Parur, Kerala.
ii. He was taught to play violin when he was just six years old. He was associated with the Parur School of Music.
iii. His father was Sundaram Iyer, a great violinist. His brother M S Gopalakrishnan was also a violinist. He familiarised the Parur bani along with his brother.
Some National Parks in Tamil Nadu:
♦ Guindy National Park
♦ Gulf of Mannar Marine National Park
♦ Anamalai Tiger Reserve