The document Essential Mineral Elements NEET Notes | EduRev is a part of the NEET Course Biology Class 11.
All you need of NEET at this link: NEET

Most of the minerals present in soil can enter plants through roots. In fact, more than sixty elements of the 105 discovered so far are found in different plants. Some plant species accumulate selenium, some others gold, while some plants growing near nuclear test sites take up radioactive strontium.

There are techniques that are able to detect the minerals even at a very low concentration (10-8 g/ mL). The question is, whether all the diverse mineral elements present in a plant, for example, gold and selenium as mentioned above, are really necessary for plants? How do we decide what is essential for plants and what is not?

The criteria for essentiality of an element are given below:

(a) The element must be absolutely necessary for supporting normal growth and reproduction. In the absence of the element the plants do not complete their life cycle or set the seeds.

(b) The requirement of the element must be specific and not replaceable by another element. In other words, deficiency of any one element cannot be met by supplying some other element.

(c) The element must be directly involved in the metabolism of the plant.

Based upon the above criteria only a few elements have been found to be absolutely essential for plant growth and metabolism. These elements are further divided into two broad categories based on their quantitative requirements.

Macronutrients are generally present in plant tissues in large amounts (in excess of 10 mmole Kg –1 of dry matter). The macronutrients include carbon, hydrogen, oxygen, nitrogen, phosphorous, sulphur, potassium, calcium and magnesium. Of these, carbon, hydrogen and oxygen are mainly obtained from CO2 and H2O, while the others are absorbed from the soil as mineral nutrition. Micronutrients or trace elements, are needed in very small amounts (less than 10 mmole Kg –1 of dry matter). These include iron, manganese, copper, molybdenum, zinc, boron, chlorine and nickel. In addition to the 17 essential elements named above, there are some beneficial elements such as sodium, silicon, cobalt and selenium. They are required by higher plants.

Essential elements can also be grouped into four broad categories on the basis of their diverse functions. These categories are:

(i) Essential elements as components of biomolecules and hence structural elements of cells (e.g., carbon, hydrogen, oxygen and nitrogen).

(ii) Essential elements that are components of energy-related chemical compounds in plants (e.g., magnesium in chlorophyll and phosphorous in ATP).

(iii) Essential elements that activate or inhibit enzymes, for example Mg2+ is an activator for both ribulose bisphosphate carboxylaseoxygenase and phosphoenol pyruvate carboxylase, both of which are critical enzymes in photosynthetic carbon fixation; Zn2+ is an activator of alcohol dehydrogenase and Mo of nitrogenase during nitrogen metabolism. Can you name a few more elements that fall in this category? For this, you will need to recollect some of the biochemical pathways you have studied earlier.

Role of Macro- and Micro-nutrients

Essential elements perform several functions. They participate in various metabolic processes in the plant cells such as permeability of cell

membrane, maintenance of osmotic concentration of cell sap, electrontransport systems, buffering action, enzymatic activity and act as major constituents of macromolecules and co-enzymes. Various forms and functions of mineral elements are given below

Nitrogen : This is the mineral element required by plants in the greatest amount. It is absorbed mainly as NO3 – though some are also taken up as NO2 – or NH4 +. Nitrogen is required by all parts of a plant, particularly the meristematic tissues and the metabolically active cells. Nitrogen is one of the major constituents of proteins, nucleic acids, vitamins and hormones.

Phosphorus: Phosphorus is absorbed by the plants from soil in the form of phosphate ions (either as H2 PO4- or HPO42-). Phosphorus is a constituent of cell membranes, certain proteins, all nucleic acids and nucleotides, and is required for all phosphorylation reactions.

Potassium: It is absorbed as potassium ion (K+ ). In plants, this is required in more abundant quantities in the meristematic tissues, buds, leaves and root tips. Potassium helps to maintain an anion-cation balance in cells and is involved in protein synthesis, opening and closing of stomata, activation of enzymes and in the maintenance of the turgidity of cells. 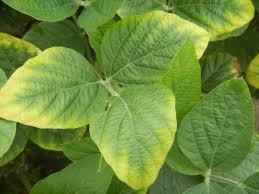 Fig: Potassium in plants and soil

Plant absorbs calcium from the soil in the form of calcium ions (Ca2+). Calcium is required by meristematic and differentiating tissues. During cell division it is used in the synthesis of cell wall, particularly as calcium pectate in the middle lamella. It is also needed during the formation of mitotic spindle. It accumulates in older leaves. It is involved in the normal functioning of the cell membranes. It activates certain enzymes and plays an important role in regulating metabolic activities.

It is absorbed by plants in the form of divalent Mg2+. It activates the enzymes of respiration, photosynthesis and are involved in the synthesis of DNA and RNA. Magnesium is a constituent of the ring structure of chlorophyll and helps to maintain the ribosome structure.

Plants obtain sulphur in the form of sulphate (SO42− ) . Sulphur is present in two amino acids – cysteine and methionine and is the main constituent of several coenzymes, vitamins (thiamine, biotin, Coenzyme A) and ferredoxin.

Plants obtain iron in the form of ferric ions (Fe3+). It is required in larger amounts in comparison to other micronutrients. It is an important constituent of proteins involved in the transfer of electrons like ferredoxin and cytochromes. It is reversibly oxidised from Fe2+ to Fe3+ during electron transfer. It activates catalase enzyme, and is essential for the formation of chlorophyll.

It is absorbed in the form of manganous ions (Mn2+). It activates many enzymes involved in photosynthesis, respiration and nitrogen metabolism. The best defined function of manganese is in the splitting of water to liberate oxygen during photosynthesis.

Plants obtain zinc as Zn2+ ions. It activates various enzymes, especially carboxylases. It is also needed in the synthesis of auxin. It is absorbed as cupric ions (Cu2+). It is essential for the overall metabolism in plants. Like iron, it is associated with certain enzymes involved in redox reactions and is reversibly oxidised from Cu+ to Cu2+.

It is absorbed as BO33− or B4O72− . Boron is required for uptake and utilisation of Ca2+, membrane functioning, pollen germination, cell elongation, cell differentiation and carbohydrate translocation.

Plants obtain it in the form of molybdate ions (MoO2 2+) . It is a component of several enzymes, including nitrogenase and nitrate reductase both of which participate in nitrogen metabolism.

It is absorbed in the form of chloride anion (Cl– ). Along with Na+ and K+, it helps in determining the solute concentration and the anioncation balance in cells. It is essential for the water-splitting reaction in photosynthesis, a reaction that leads to oxygen evolution. 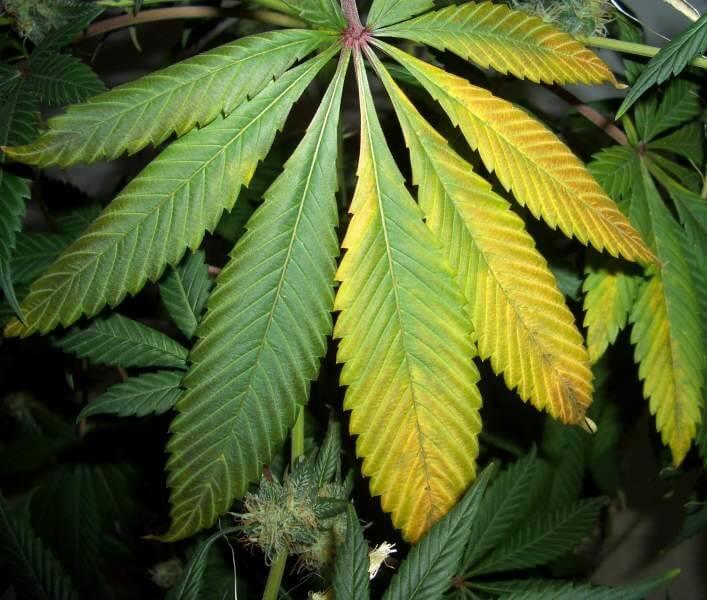 For elements that are actively mobilised within the plants and exported to young developing tissues, the deficiency symptoms tend to appear first in the older tissues. For example, the deficiency symptoms of nitrogen, potassium and magnesium are visible first in the senescent leaves. In the older leaves, biomolecules containing these elements are broken down, making these elements available for mobilising to younger leaves.

The deficiency symptoms tend to appear first in the young tissues whenever the elements are relatively immobile and are not transported out of the mature organs, for example, elements like sulphur and calcium are a part of the structural component of the cell and hence are not easily released. This aspect of mineral nutrition of plants is of a great significance and importance to agriculture and horticulture.

The kind of deficiency symptoms shown in plants include chlorosis, necrosis, stunted plant growth, premature fall of leaves and buds, and inhibition of cell division. Chlorosis is the loss of chlorophyll leading to yellowing in leaves. This symptom is caused by the deficiency of elements N, K, Mg, S, Fe, Mn, Zn and Mo. Likewise, necrosis, or death of tissue, particularly leaf tissue, is due to the deficiency of Ca, Mg, Cu, K. Lack or low level of N, K, S, Mo causes an inhibition of cell division. Some elements like N, S, Mo delay flowering if their concentration in plants is low.

The requirement of micronutrients is always in low amounts while their moderate decrease causes the deficiency symptoms and a moderate increase causes toxicity. In other words, there is a narrow range of concentration at which the elements are optimum. Any mineral ion concentration in tissues that reduces the dry weight of tissues by about 10 per cent is considered toxic. Such critical concentrations vary widely among different micronutrients. Fig: Tolerance of plants to toxicity

The toxicity symptoms are difficult to identify. Toxicity levels for any element also vary for different plants. Many a times, excess of an element may inhibit the uptake of another element. For example, the prominent symptom of manganese toxicity is the appearance of brown spots surrounded by chlorotic veins. It is important to know that manganese competes with iron and magnesium for uptake and with magnesium for binding with enzymes. Manganese also inhibit calcium translocation in shoot apex. Therefore, excess of manganese may, in fact, induce deficiencies of iron, magnesium and calcium. Thus, what appears as symptoms of manganese toxicity may actually be the deficiency symptoms of iron, magnesium and calcium. Can this knowledge be of some importance to a farmer? a gardener? or even for you in your kitchen-garden?