The document Ex 14.3 NCERT Solutions- Statistics Class 9 Notes | EduRev is a part of the Class 9 Course Class 9 Mathematics by VP Classes.
All you need of Class 9 at this link: Class 9

Question 1. A survey conducted by an organisation for the cause of illness and death among the women between the ages 15–44 (in years) worldwide, found the following figures (in %): 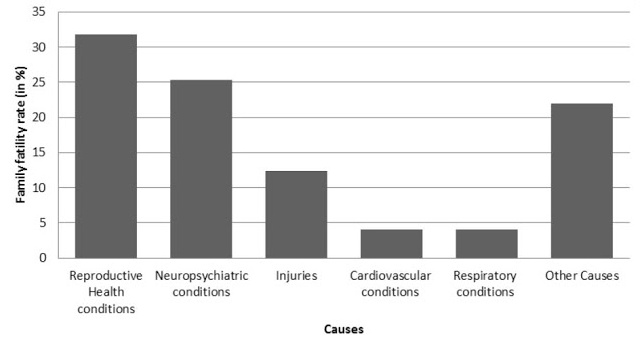 (ii) We can observe from the graph that reproductive health conditions is the major cause of women’s ill health and death worldwide.

(iii) Two factors responsible for cause in (ii) are:

Question 2. The following data on the number of girls (to the nearest ten) per thousand boys in different sections of Indian society is given below. 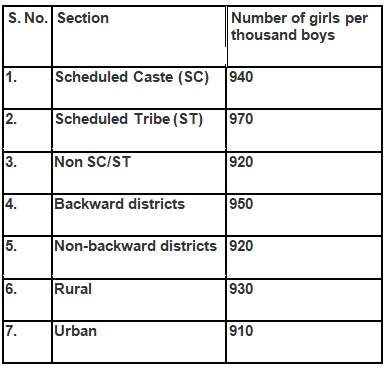 (i) Represent the above information by a bar graph.

Solution:(i) The information given in the question is represented below graphically.

(ii) From the above graph, we can conclude that the maximum number of girls per thousand boys is present in the section ST. We can also observe that the backward districts and rural areas have more number of girls per thousand boys than non-backward districts and urban areas.Question 3. Given below are the seats won by different political parties in the polling outcome of a state assembly elections: 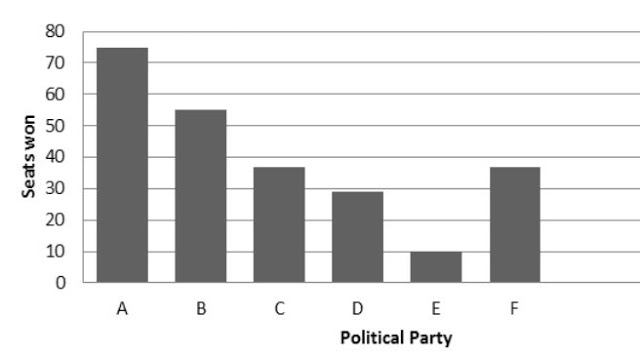 (ii) From the bar graph it is clear that Party A won the maximum number of seats.

Question 4. The length of 40 leaves of a plant are measured correct to one millimetre, and the obtained data is represented in the following table: (i) Draw a histogram to represent the given data. [Hint: First make the class intervals continuous] (ii) Is there any other suitable graphical representation for the same data? (iii) Is it correct to conclude that the maximum number of leaves are 153 mm long? Why? 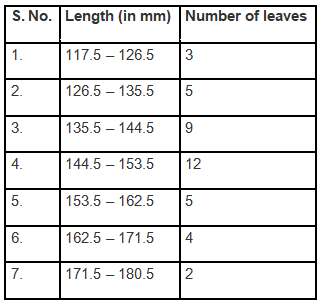 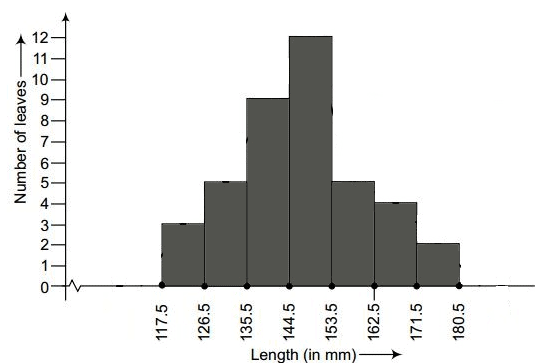 (ii) Yes, the data given in the question can also be represented by frequency polygon. (i) Represent the given information with the help of a histogram.(ii) How many lamps have a life time of more than 700 hours?Solution:(i) The histogram representation of the given data is given below: Question 6. The following table gives the distribution of students of two sections according to the marks obtained by them: Represent the marks of the students of both the sections on the same graph by two frequency polygons. From the two polygons compare the performance of the two sections.Solution: 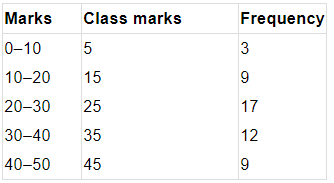 Representing these data on a graph using two frequency polygon we get, 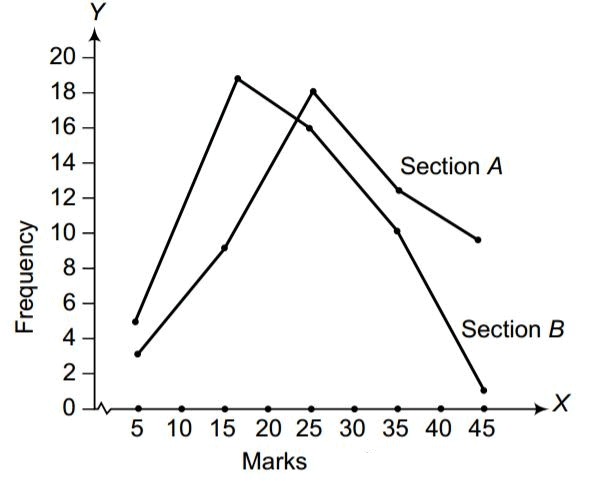 From the graph, we can conclude that the students of Section A performed better than Section B.Question 7. The runs scored by two teams A and B on the first 60 balls in a cricket match are given below: The data of both the teams are represented on the graph below by frequency polygons. Question 8. A random survey of the number of children of various age groups playing in a park was found as follows: 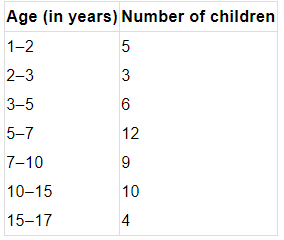 Draw a histogram to represent the above data.Solution: The width of the class intervals in the given data is varying.

The area of rectangle is proportional to the frequencies in the histogram.

Thus, the proportion of the children per year can be calculated as given in the table below.

Now, we draw the histogram taking ages (in years) on the x-axis and corresponding adjusted frequencies on the y-axis as shown below: Let x-axis = the age of children 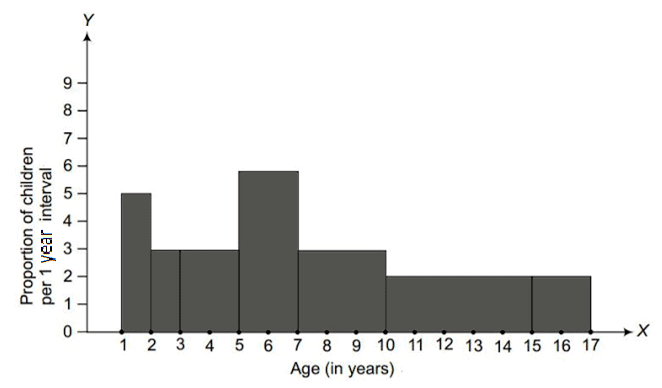 Question 9. 100 surnames were randomly picked up from a local telephone directory and a frequency distribution of the number of letters in the English alphabet in the surnames was found as follows: (i) Draw a histogram to depict the given information.(ii) Write the class interval in which the maximum number of surnames lie.Solution:

(i) The width of the class intervals in the given data is varying.

The area of rectangle is proportional to the frequencies in the histogram.

Thus, the proportion of the number of surnames per 2 letters interval can be calculated as given in the table below. 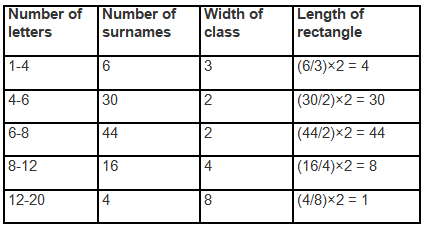 (ii) 6-8 is the class interval in which the maximum number of surnames lie.

We can make out some important features of given data by considering only certain representatives.

Median After arranging the given data in an ascending or a descending order of magnitude, the value of the middle-most observation is called the median of the data.Note: For ‘n’ observations (taken in order),

observation.(ii) if n is even, the median = mean of