The document Ex 6.5 NCERT Solutions- Triangles Class 10 Notes | EduRev is a part of the Class 10 Course Class 10 Mathematics by VP Classes.
All you need of Class 10 at this link: Class 10

[If ⊥ is drawn from the vertex of right angle to the hypotenuse then triangles on both sides of perpendicular are similar to each other, and to whole triangle]⇒ 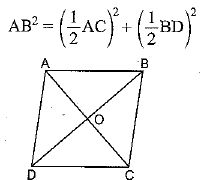 Hence distance of foot of the ladder from base of the wall is 6 m.Q.10. A guy wire attached to a vertical pole of height 18 m is 24 m long and has a stake attached to the other end. How far from the base of the pole should the stake be driven so that the wire will be taut?Sol. In Δ ABC, AC2 = AB2 + BC2

Distance travelled by the aeroplane due west in 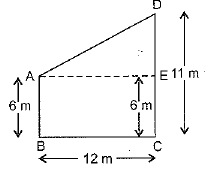 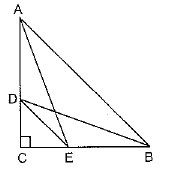 Q.15. In an equilateral triangle ABC, D is a point on side BC such that 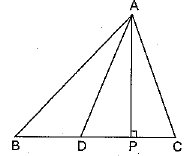