Three particles (point masses) of mass 2 kg, 3 kg, and 3 kg, are welded to a straight massless rod as shown in the figure. Find the location of the center of mass of the assembly. 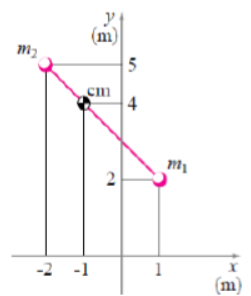 be the position vector of the center of mass. Then,

Thus the center of mass is located at the coordinates(-1m, 4m). 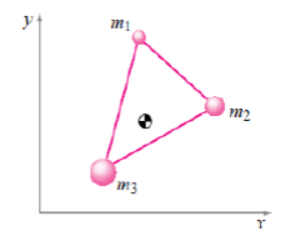 Solution Let (xcm , ycm) be the coordinates of the mass-center. Then from the definition of mass-center, 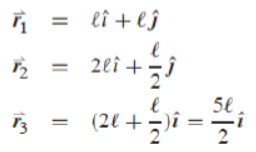 Find Centroid of the cross-section or Area in figs 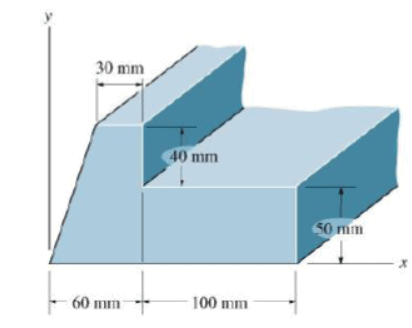