Q53. Describe any three steps taken by the government in the field of education.

'People as Resource' is a way of referring to a country's working people in term of their existing production skills and abilities. Human resource is different other resources for following reasons:

Q56. Explain in three points the role of health in human capital formation. Or Why has the improvement in health status of population has been the basic priority of a country? Given three reasons. Or "Health is the priority of the country". Justify the statement giving five arguments.

Q58. Explain the four requirements for the production of goods and services. What are the items that come under physical capital ?

Q59. What are the two types of unemployment found in rural areas? How does unemployment affect the overall growth of an economy? Explain by giving four points.

Two types of unemployment found in rural areas are

Q60. Why are women employed in low paid work?

Education is one of the major determinants of the earning of an individual in the market. As a majority of the women in India have lesser education and lesser skill training than men due to traditional reasons, they are paid less than men or are employed in low paid work. Another reason is that jobs involving physical labour are entrusted to men only due to their physique; here women cannot do as much physical work as men. Women also generally have an additional responsibility of bringing up their family and children and so they cannot be as regular as men in their duties. So, they are often given non-critical and low paid duties.

Q61. Why is educated unemployment, a peculiar problem of India ?

Educated unemployment is a peculiar problem of urban India. This is the situation wherein a number of youth with matriculation, graduation and post graduation degrees are not able to find suitable jobs. The education system is such that even after about 18 years of education, a person is practically 'unskilled'. So, a large number of unskilled educated youth get churned out of educational institutions year after year, but only a fraction of them are able to find suitable jobs. Among the remaining, some remain unemployed while others get employed in activities that are not as per their potential, i.e., they are underemployed. In effect, it is wastage of the resources spent on educating them.

Q62. What are the objectives of India's national policy on health? Suggest two ways in which the policy objectives can be met.

Some of the policy objectives can be met through the following methods.

Q63. What is the mid-day meal scheme? Explain its purpose.

The Mid-day meal scheme was started to provide a cooked Mid-day meal on every school day with nutritional content of 450 calories, 12 gms proteins and other micro nutrients to all children studying in classes I to VIII in government, local body and government aided schools, etc. The basic purpose of this scheme was to improve enrollment, retention and attendance of the children in school and simultaneously improving nutritional levels among them. This encouraged poor children, belonging to disadvantaged sections, to attend school more regularly and help them concentrate on classroom activities. An additional purpose was to provide nutritional support to children of primary classes in drought affected areas during summer vacation.

Q64. Study the graph and answer the following questions.(a) Has the literacy rates of the population increased since 1951 ?(b) In which year, India has the highest literacy rates? (c) Why literacy rate is high among the males of India? (d) Why are women less educated than men? (e) How would you calculate literacy rate in India?

Yes, the literacy rates of the population have increased since 1951 as shown below.

SC : Sub Centre PHC: Primary Health Centre CHC: Community Health Centre Study the above table and answer the following questions. (a) What is the percentage increase in dispensaries from 1951 to 2001 ?(b) What is the percentage increase in doctors and nursing personnel from 1951 to 2001?(c) Do you think the increase in the number of doctors and nurses is adequate for India? If not, why?(d) What other facilities would you like to provide in a hospital?(e) Discuss about the hospital you have visited.

India has the highest literacy rates in 2011. India traditionally has a patriarchal male dominated society where more importance is given to males. Culturally due to division of labour, the males go out of their homes and get better access to education. Poor families, due to monetary constraints, prefer to send only their sons to school and not their daughters.

Women are less educated than men because more preference is given to the boys or sons in the family for education because they are considered as the future of the family. Traditionally, the girls were expected to stay at home and look after domestic chores. So, education among girls was not encouraged. Because of the above reasons, the women are less educated than men. 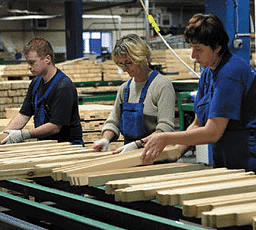 Q67. "Sakal was meritorious and interested in studies from the beginning.... .After sometime he got a job in a private firm..... His boss acknowledged his services and rewarded him with a promotion." "Vilas's father Mahesh was a fisherman, who passed away when he was only two years old. His mother Geeta sold fish to earn money to feed the family. She could earn only Rs. 20 to 30 a day by selling fish. Vilas......was not interested in studies. He helped his mother in cooking and also looked after his younger brother Mohan. After his mother died, Vilas, too, was forced to sell fish in the same village. He, like his mother, earned only a meagre income." Sakal and Vilas are friends. What has Vilas not got which Sakal had? Is it possible for Vilas to improve his financial position now? If so how? Explain in about 120 words.

Answer: The literacy rate can be calculated on the basis of a formula i.e., the number of literate people divided by the population multiplied by 100. Literacy Rate

Q68) How is human resource different from other resources like land and physical capital?

Q70. "Human resources is an indispensable factor of production". Justify.

No, the increase in the number of doctors and  nurses is inadequate because the ratio of both doctors and nursing personnel is still too low for  India's population,

Other facilities we would like to provide in a hospital include

I have visited the An and Hospital in our city. I observed the following things

Typical non-economic activities can be looking after your children, repairing your own bicycle, a mother cooking food for her family, etc.

Q74. The quality of a population depends on which factors?

The quality of a population depends on literacy, skill development, life expectancy and health.

Q75. What was the purpose of Sarva Shiksha Abhiyan? What are its goals?

Its basic aim is providing elementary education to all children of age group 6 to 14 years by 2010. Additionally, it is an effort to universalize elementary education by community ownership of the school system. It was started in response to the demand for quality basic education all over the country. The SSA programme is also an attempt to provide an opportunity for improving human capabilities of all children, through provision of community owned quality education in a mission mode. The mid-day meal scheme is part of it to reduce the dropout rate of children from schools.

Q76. What do you mean by people as resource?

People as resource is a way of referring to a country's working people in terms of their existing productive skills and abilities.

Physical capital includes the variety of inputs required at all stages of a production activity. This includes fixed capital and working capital in the form of machinery, land and building, raw materials, cash in hand, etc. In contrast, human capital is the stock of competencies, knowledge, social and personality attributes, including creativity, embodied in the ability to perform labour so as to produce economic value. Here, it refers to the persons performing the economic activity like labourers, knowledge persons and others involved in the activity.

Q78. What do you understand by 'people as a resource'?

'People as a resource' is a way of referring to a country's working people in terms of their existing productive skills and abilities. Because the humans contribute to GDP, they are also considered as a resource.