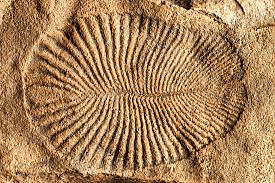 Recently, researchers at the Indian Institute of Technology, Delhi (IIT-D) have come up with a way to generate clean fuel hydrogen from water at a

➤ Significance of the Discovery:

Enhancing Hydrogen Fuel Cell Technology: Enabling availability of of low cost hydrogen through this discovery will enhance and improve the application of Hydrogen fuel cell technology which offers the advantages of a clean and reliable alternative energy source to applications such as - electric vehicles, primary and backup power for a variety of commercial, industrial, and residential buildings; and more futuristic-sounding applications like air taxis.

➤ Advantages of Hydrogen as Fuel:

➤ Disadvantages of Hydrogen as fuel

Recently, the Union Minister of Science and Technology informed that the human spaceflight module of Gaganyaan will be launched after the second uncrewed mission planned in 2022-23.

GSLV Mk III, also called the LVM-3 (Launch Vehicle Mark-3) the three-stage heavy-lift launch vehicle, will be used to launch Gaganyaan as it has the necessary payload capability.

The Il-76MDK is a military transport plane specially designed for parabolic flights of trainee astronauts and space tourists.

Chandrayaan-3 Mission: India has planned a new moon mission named Chandrayaan-3. It is likely to be launched in early 2021.

➤ Other Missions to Mars: