Putting this value in equation (i), we get 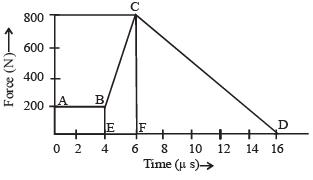 Solution. KEY CONCEPT : Area under the F – t graph gives the impulse imparted to the body.