Frames are structures that consist of several members connected via pins. They are very similar to trusses, except that some members are multi-force members. Basically it’s a fancy way of saying they are not two-force members (trusses are), because of additional forces acting on it. Here’s an example: 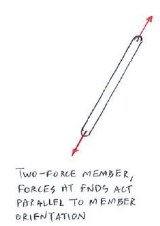 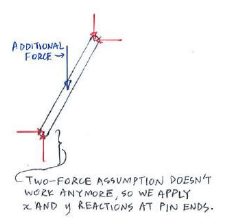 Machines are basically devices used to transmit forces. A good example is the plier. Notice that the plier consists of two members connected by a pin in the centre: 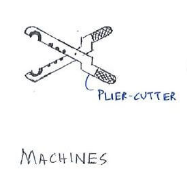 In this section, we seek to analyse the forces acting in frames and machines. The main strategy of tackling problems in this section is to:

A quick example of these steps performed on a plier is shown below: 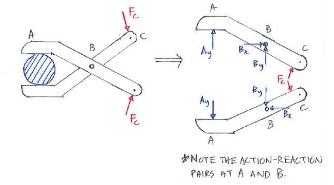