1. There is no encirclement of the (– + j0) point. This implies that the system is stable if there are no poles of G(s)H(s) in the righthalf s-plane; otherwise, the system is unstable.

3. There is a clockwise encirclement or encirclements of the –1 +j0 point. In this case the system is unstable.

NOTE:Encirclement: Used in Nyquist stability criteria. It is for closed path around (–1 + j0)

Enclosurement: Used in polar plot. A point in GH plane is said to be enclosed by the polar plot if it lies on the right hand side of plot when moving along the plot in the increasing direction of frequency from 0 to ∞ . 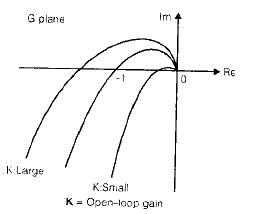 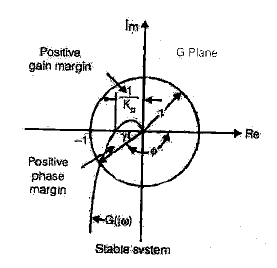 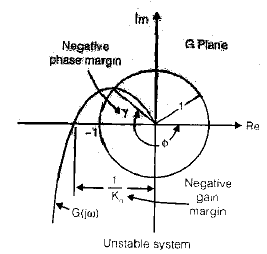 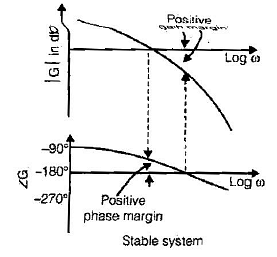 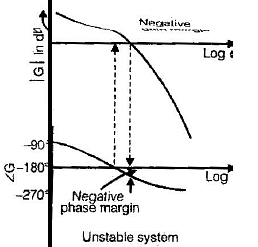 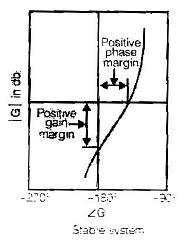 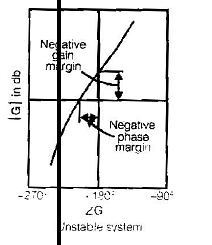 (phase and gain margins of stable and unstable systems) 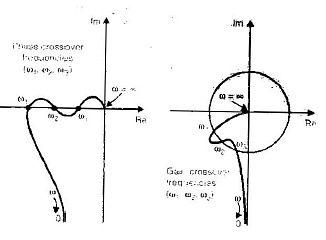 A Few Comments on phase and Gain Margins 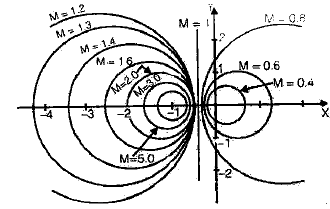 the phase angle α is

Since equation is satisfied when X=Y=0 and X=–1, Y = 0 regardless of the value of N, each circle passes through the origin and the (–1 + j0) point. The constant N loci can be drawn easily once the value of N is given. A family of constant N circles are shown in figure below with a as a parameter.

It should be noted that the constant N locus for a given value of a is actually not the entire circle but only an arc. In other words, the α = 30º and α = 150º arcs are parts of the same circle. This is so because the tangent of an angle remains the same if ± 180º (or multiples of it) is added to the angle.

are the same. In using the N circles for the determination of the phase angle of closed-loop systems, we must interpret the proper value of a. to avoid any error, start at zero frequency, which corresponds  to α = 0º, and proceed to higher frequencies. The phase-angle curve must be continuous. 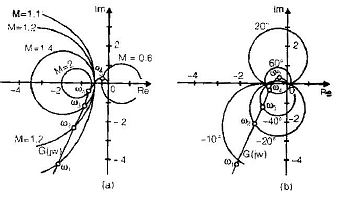 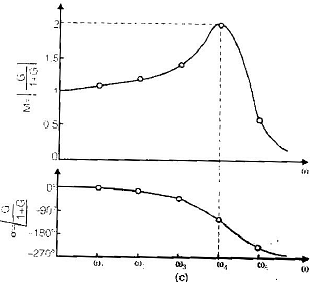