Public Interest Litigation Supreme Court has taken notice of violation of Article 21 and Art. 32 by the State, even in the absence of any move before the apex court by the aggrieved party. The Court has taken the stand that, in the public interest, any person may approach the Supreme Court on behalf of any individual or group suffering injury or disadvantage in the hands of the State. 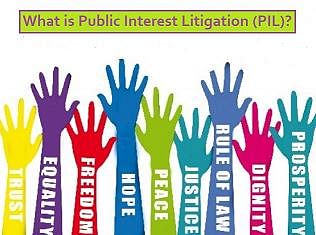 Public Interest litigationElaborate directions have been given by the Supreme Court for the vindication of the public interest, in proceedings under Art. 32.Easy accessibility, expeditious disposal, effective relief, and small expense are the hallmarks of public interest litigation on which the apex Court has launched.High Courts too have started following this practice in their jurisdiction under Art. 226 and the apex Court has approved this practice, observing “where public interest is undermined by arbitrary and perverse executive action, it would be the duty of the High Court to issue a writ.”

Doctrine of Double Jeopardy Double Jeopardy is the risk of a person being put in danger twice for the same offence. According to principles of English Common Law, no citizen should be exposed to this risk. 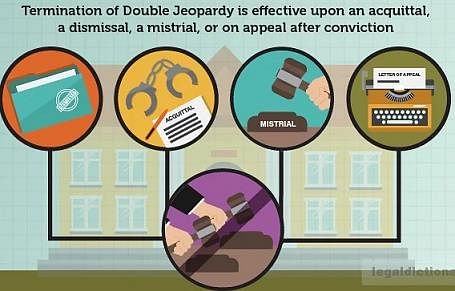 Double JeopardyArt. 20(2) of the Constitution of India seeks to prevent this phenomenon. This applies only to criminal offences and the protection is available to both natural and juristic persons like companies. It provides against prosecution and punishment twice for the same offence. Both these elements should be present. To dilate, if there was only prosecution which did not lead to conviction or acquittal, there is no bar to a fresh prosecution. Further, the previous prosecution should have been made before a competent court or a quasi-judicial body and not a mere statutory body. [In the United States, protection against ‘double jeopardy’ extends also to prosecution apart from punishment. No second trial is permitted even if earlier prosecution was infructuous].

Freedom of the Press There is no specific provision in our Constitution guaranteeing the freedom of the press because it is included in the wider freedom of ‘expression’ which is guaranteed by Art. 19 (1) (a). Freedom of expression means the freedom to express not only one’s own views but also the views of others and, by any means, including printing. Since freedom of expression is not an absolute freedom and is subject to the limitations contained in Cl. (2) of Art. 19, laws may be passed by the State imposing reasonable restrictions on the freedom of the press in the interests of the security of the state, the sovereignty and integrity of India, friendly relations with foreign states, public order, decency or morality, or for the prevention of contempt of court, defamation or incitement to an offence.The press, as such, has no special privileges in India. From the fact that the measure of the freedom of press is the same as that of an ordinary citizen under Art. 19 (1) (a), several propositions emerge:(i) The press is not immune from:(a) The ordinary forms of taxation.(b) The application of the general laws relating to industrial relations.(c) The regulation of the conditions of service of the employees.

(ii) But in view of the guarantee of freedom of expression, it would not be legitimate for the state:(a) To subject the press to laws which take away or abridge the freedom of expression or which could curtail circulation and thereby narrow the scope of dissemination of information or fetter its freedom to choose its means of exercising the right or undermine its independence by driving it to seek Government aid.(b) To single out the press for laying upon it excessive and prohibitive burdens which would restrict the circulation, impose a penalty on its right to choose the instruments for its exercise or to seek the alternative media.(c) To impose a specific tax upon the press deliberately calculated to limit the circulation of information.When the constitutionality of an enactment specially directed against the press is challenged, the Court has to test it by the standard of substantive and procedural reasonableness. Censorship of the press is not specially prohibited by any provision of the Constitution. Like other restrictions, therefore, its constitutionality has to be judged by the test of reasonableness within the meaning of Cl. (2). A provision for pre-censorship for a limited period in emergent circumstances and subject to procedural safeguards is valid.When a Proclamation of Emergency is made under Art. 352, Art. 19 itself remains suspended (Art. 358), so that pre-censorship may be imposed without any restraint.

Other justiciable right provided by our Constitution

Scope and ambit of the Rights of Minorities enumerated in Art. 29 and 30 Articles 29 and 30, grouped under the heading “Cultural and Educational Rights”, confer four definite rights on the citizens:(a) Right of any section of citizens to conserve its own language, script or culture. [Art 29 (1)](b) Right of all religious or linguistic minorities to establish and administer educational institutions of their choice. [Art 30 (1)](c) Right of an educational institution not to be discriminated against on the ground that it is under a management of the minority [Art 30(2)]; and(d) Right of a citizen not to be denied admission into institutions maintained by State or State-aided educational institutions, on grounds only of religion, race, castes or language. [Art 29(2)]The word ‘minority’ has not been defined in the Constitution. The Supreme Court has, however, held that the word “minority” should refer to any community which is numerically less than 50% of the population of the State concerned, when the law which is impugned as violating Art 30, is a State law applicable to the territory of the State as a whole. It is not correct to hold that it refers only to such a community, as is in a numerical minority, in that particular area or region where the educational institution involved is situated. The Supreme Court has again held: “These rights imply the obligations and duties of the minority institutions to render the very best to the students. The best administration will reveal no trace or colour of minority. The best compliment that can be paid to a minority institution is that it does not rest on or proclaim its minority character”.