The document GATE Past Year Questions: Balancing & Gyroscope Notes | EduRev is a part of the Mechanical Engineering Course Theory of Machines (TOM).
All you need of Mechanical Engineering at this link: Mechanical Engineering
Try yourself:The rotor of turbojet engine of an air craft has a mass 180 kg and polar moment of inertia 10 kg.m2 about the rotor axis. The rotor rotates at a constant speed of 1100 rad/s in the clockwise direction when viewed from the front of the aircraft. The aircraft while flying at a speed of 800 km per hour takes a turn with a radius of 1.5 k m to the left . The gyroscopic moment exerted by the rotor on the aircraft structure and the direction of motion of the nose when the aircraft turns, are 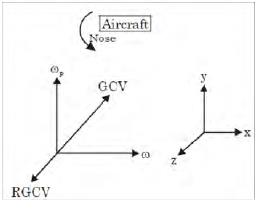