The document GC Leong: Summary of Landforms of Glaciation Notes | EduRev is a part of the UPSC Course Famous Books for UPSC Exam (Summary & Tests).
All you need of UPSC at this link: UPSC

The Ice-Age and the types of ice masses 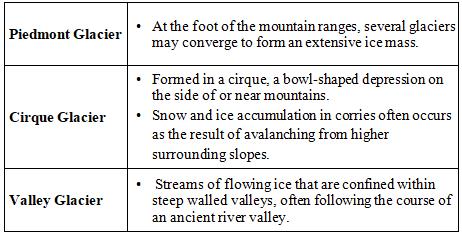 Most of the glaciated lowlands have depositional features, but where rock masses project above the level surface, they result in striking features of erosion.

3. Boulder clay or Glacial till