The advantage of generating code for a basic block from its dag representation is that from a dag we can easily see how to rearrange the order of the final computation sequence than we can start from a linear sequence of three-address statements or quadruples.

The order in which computations are done can affect the cost of resulting object code. For example, consider the following basic block:

A Heuristic ordering for Dags

2)  select an unlisted node n, all of whose parents have been listed;

Example: Consider the DAG shown below

This will yield an optimal code for the DAG on machine whatever be the number of registers. 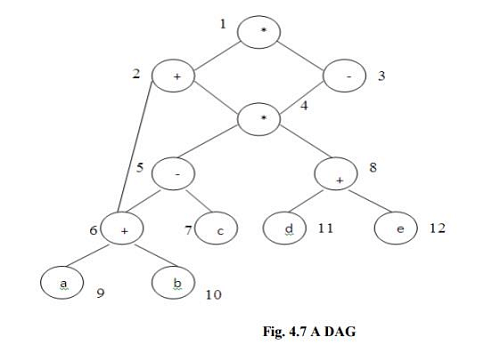