A gulf is a portion of the ocean that penetrates land which is very large in size, shape, and depth. They are generally larger and more deeply indented than bays and often make excellent harbors. Many important trading centers are located on gulfs. 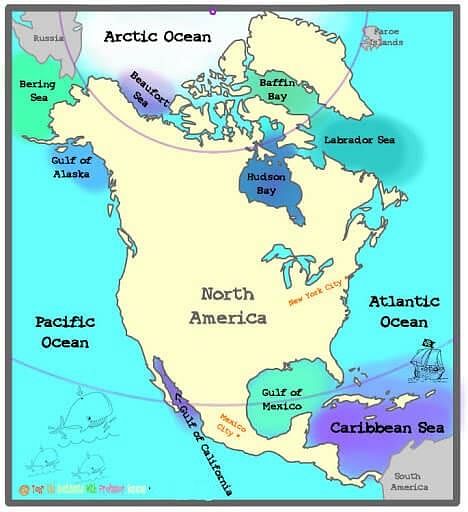 Gulf Of MexicoIt is an important economic site for three countries and surrounded by the United States, Mexico, and the island nation of Cuba. As one of the biggest gulf, it has a coastline of 5000 kilometers.

Gulf Of AlaskaIt is situated in the northwestern part of North America where two types of water run into each other, a light, almost electric blue merging with a darker slate-blue.

Gulf Of CaliforniaIt separates the Baja California Peninsula from the Mexican mainland. It has a coastline of 4000 km( 2600 miles). It is considered to be one of the most diversified seas on the planet and is home to more than 5,000 species of microinvertebrates. 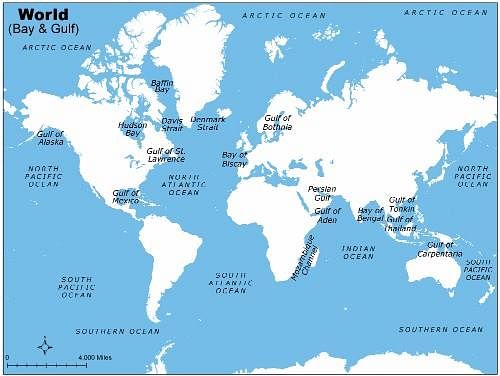 The world famous islands of North America are:

It is situated on Canada’s Pacific Coast, is known for its mild climate and thriving arts community. It is separated from British Columbia mainland by the Strait of Georgia and Queen Charlotte Strait and from Washington by the Juan De Fuca Strait. 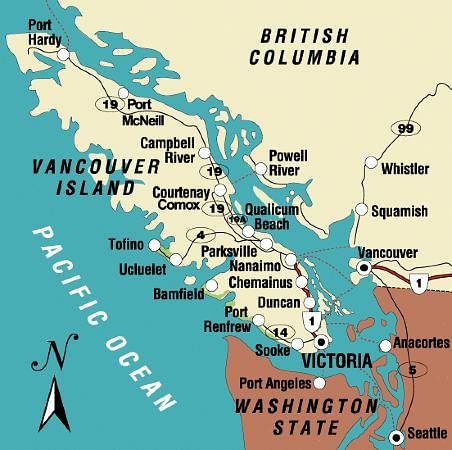 GreenlandIt is a massive island situated between Atlantic and Arctic oceans and 80% of its land is covered by ice. 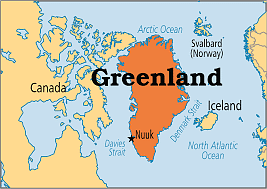 Prince Of Wales IslandIt is one of the islands of the Alexander Archipelago in the Alaska Panhandle. This ranks four among the island in size. 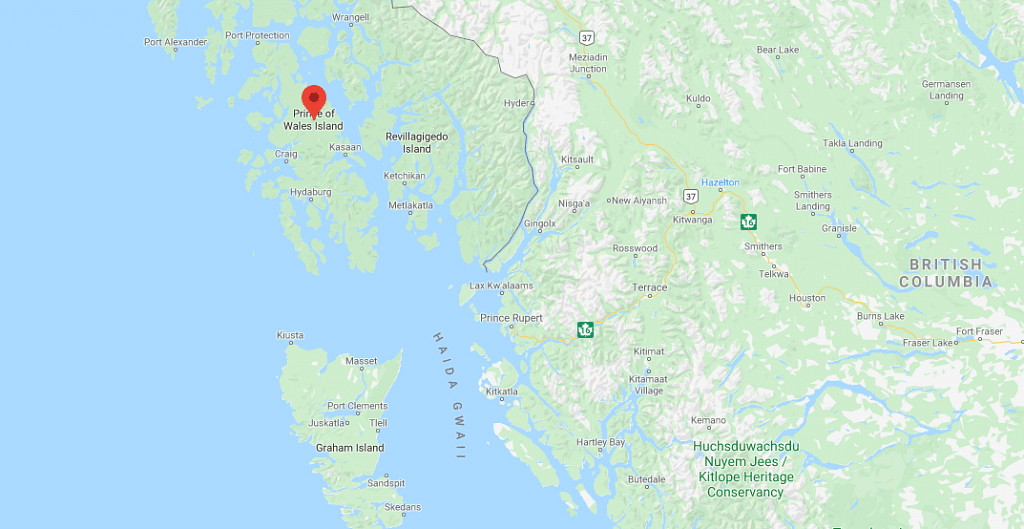 Hawaii IslandIt is otherwise known as the Big Island provides a vast canvas of natural environment and it is the largest island of the Hawaiian archipelago in the Central Pacific. 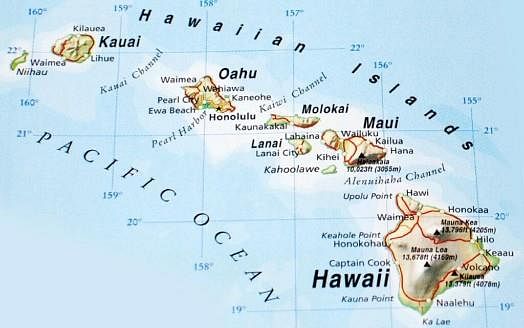 It is known as the sugar bowl of the World and its vast source of metallic resources include cobalt, nickel, iron ore, chromium, and copper. Other resources include timber, petroleum, silica, salt, and arable land. 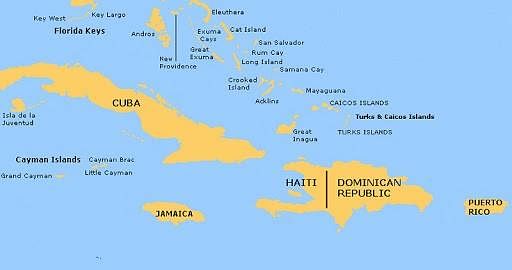 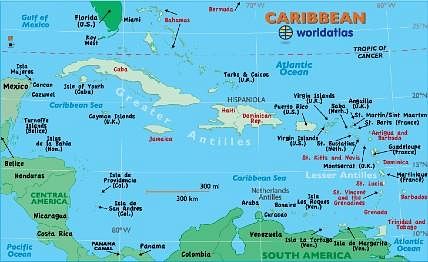 Bermuda IslandIt is the territory of the British Islands in North Atlantic and famous for its pink sand beaches such as Elbow and Horseshoe Bay. 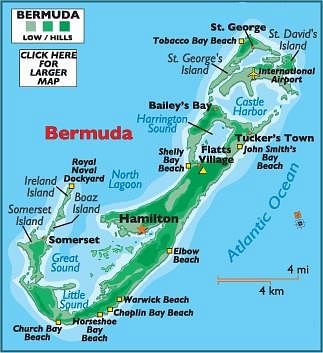 There are many rivers in North America. River of North America can be grouped according to the seas they drain into, like 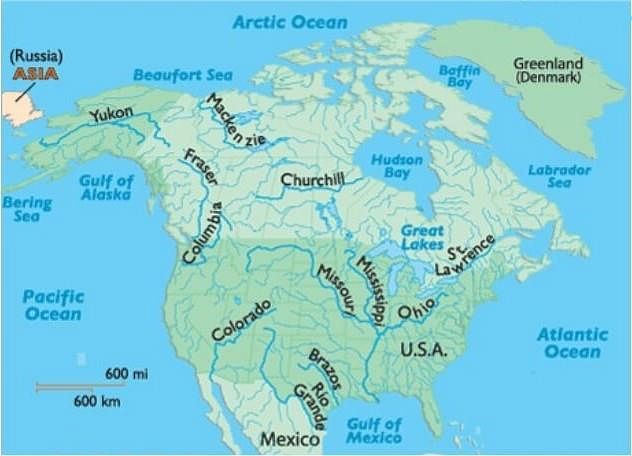 1. The Rivers Draining Into The Gulf Of MexicoThese are the Mississippi, Missouri and their tributaries drain the whole of the lower Central Lowlands. They start from the Western Cordilleras. The Ohino and Tennesse. Rivers which are also tributaries of the Mississippi but have their source in the Appalachians are exceptions.

2. Rivers draining into the Atlantic OceanRiver St. Lawrence is the large river of this group. In this group the smaller rivers of the Fall Line can also be included.

3. Arctic Ocean drainageRiver Mackenzie which has many shallow lakes on the Canadian Shield. River Nelson flow into the Hudson Bay.

4. Pacific Ocean DrainageRiver Yukon in Alaska, Columbia, Fraser, and Colorado along the west coast. The Colorado River cuts across the Colorado plateau and forms the world’s most famous and attractive deep gorges, known as grand canons having nearly one km depth. Among the other rivers, the Yukon, the Fraser, the Snake, the Humboldt, the Sacramento, the San Joaquin, etc. are well known.

Caribbean SeaIt is a sub-oceanic basin bordered by coasts of Venezuela, Colombia, and Panama; to the west by Costa Rica, Nicaragua, Honduras, Guatemala, Belize, and the Yucatán Peninsula of Mexico; to the north

by the Greater Antilles islands of Cuba, Hispaniola, Jamaica, and Puerto Rico; and to the east by the north-south chain of the Lesser Antilles, consisting of the island arc that extends from the Virgin Islands in the northeast to Trinidad. 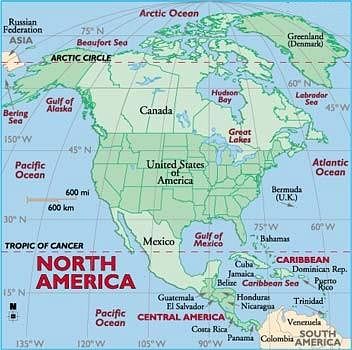 Beaufort SeaIt is situated in the north of Canada and Alaska is known to be the marginal sea of Arctic Ocean covering an area of 184,000 sq. miles and the average depth of 3,239 ft (1,004 m).

Hudson BayIt is known as the second largest bay in the world which encompasses an area of 1,230,000 square kilometer (470,000mi) and large body of Salt water.

Labrador SeaIt is bordered by continental shelves and separates Canada from Green Land.

Bering SeaIt is situated on the extreme North of North America separating the continents of Asia and north America.

The Great Basin area in the Rocky Mountains (Middle) has rivers which do not reach the coast, but terminate in the land. This is the Inland Drainage System.

The rivers are small, seasonal and end up in saline lakes. 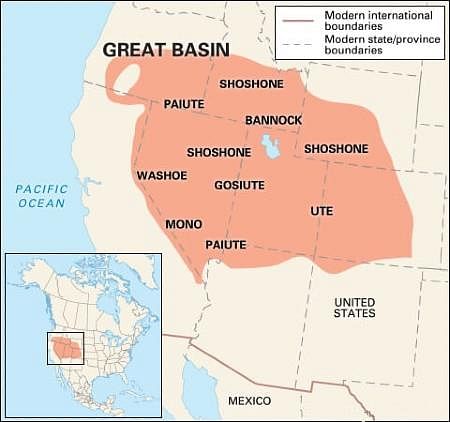