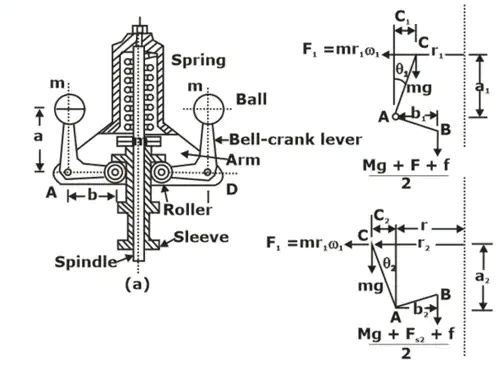 Let s = stiffness of the springh1 = movement of the sleeve,

When the balls of a governor rotate in their circular path, the centrifugal force on each ball tends to move it outwards which is resisted by an equal and opposite force acting radially inwards and is known as the controlling force (CF). 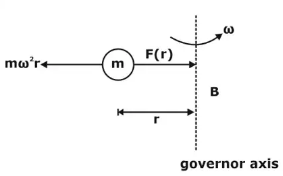 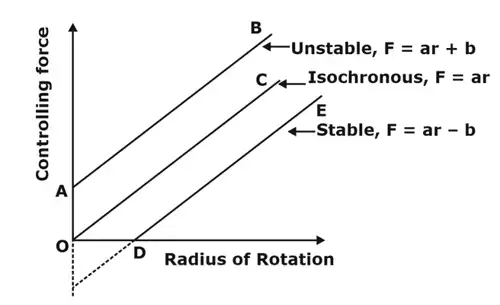