If the HCF of all the possible pairs taken is same then we will have: 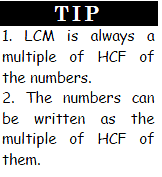 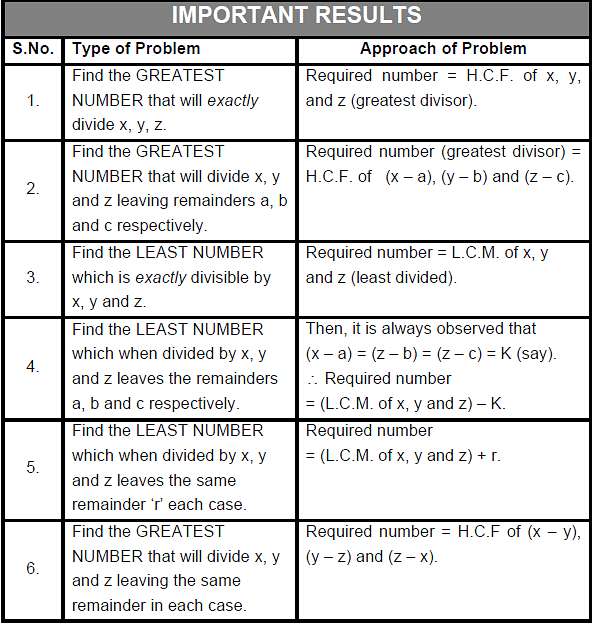 Example 4: What is the greatest number, which when divides 3 consecutive odd numbers produces a remainder of 1.

Question for Important Concepts: HCF & LCM
Try yourself:Number of students who have opted for subjects A, B and C are 60, 84 and 108 respectively. The examination is to be conducted for these students such that only the students of the same subject are allowed in one room. Also, the number of students in each room must be the same. What is the minimum number of rooms that should be arranged to meet all these conditions?
Explanation

View Solution
Question for Important Concepts: HCF & LCM
Try yourself:A red light flashes three times per minute and a green light flashes five times in 2 min at regular intervals. If both lights start flashing at the same time, how many times do they flash together in each hour?
Explanation

View Solution
Question for Important Concepts: HCF & LCM
Try yourself:A is the set of positive integers such that when divided by 2, 3, 4, 5, 6 leaves the remainders 1, 2, 3, 4, 5, respectively. How many integers between 0 and 100 belong to set A?
Explanation

View Solution
Question for Important Concepts: HCF & LCM
Try yourself:A new flag is to be designed with six vertical stripes using some or all of the colours yellow, green, blue and red. Then, the number of ways this can be done such that no two adjacent stripes have the same colour is
Explanation

Any of the 4 colours can be chosen for the first stripe. Any of the remaining 3 colours can be used for the second stripe.
► The third stripe can again be coloured in 3 ways (we can repeat the colour of the first stripe but not use the colours of the second stripe).
► Similarly, there are 3 ways to colour each of the remaining stripes.
∴ The number of ways the flag can be coloured is 4(3)5 = (12) (3)4 = 12 x 81.