Multithreading allows multiple threads to share the functional units of a single processor in an overlapping fashion.

Exploiting Thread-Level Parallelism within a Processor.

There are two main approaches to multithreading.

1. Fine-grained multithreading switches between threads on each instruction, causing the execution of multiples threads to be interleaved. This interleaving is often done in a round-robin fashion, skipping any threads that are stalled at that time.

The following figure illustrates the differences in a processor’s ability to exploit the resources of a superscalar for the following processor configurations: 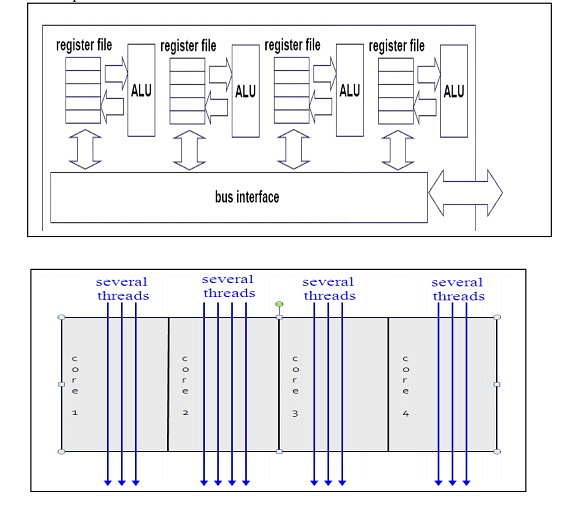 Applications that benefit from multi-core