The document Human eye and colourful world Notes - Class 10 is a part of Class 10 category.
All you need of Class 10 at this link: Class 10
Introduction:-
→ Human eye: The sense organ that helps us to see.
→ Located in eye sockets in skull.
→ Diameter of eye ball – 2.3 cm.

• Cornea: It is the outermost, transparent part. It provides most of the refraction of light.

• Lens: It is composed of a fibrous, jelly like material. Provides the focused real and inverted image of the object on the retina. This is convex lens that converges light at retina.

• Iris: It is a dark muscular diaphragm that controls the size of the pupil.

• Pupil: It is the window of the eye. It is the central aperture in iris. It regulates and controls the amount of light entering the eye.

• Retina: It is a delicate membrane having enormous number of light sensitive cells.

• Far point: The maximum distance at which object can be seen clearly is far point of the eye. For a normal adult eye, its value is infinity.

Near point or Least distance of distinct vision

→ The minimum distance at which objects can be seen most distinctively without strain.

• Accomodation: The ability of the eye lens to adjust its focal length is called accommodation. Focal length can be changed with the help of ciliary muscles.

→ Focal length increases when Ciliary muscles get relaxed and lens get thin.

→ Focal length decreases when Ciliary muscles get contract and lens get thick. 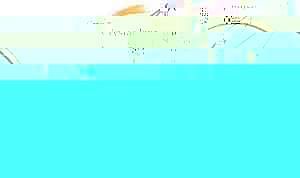 Myopia (Near sightedness)
→ A myopic person can see nearby objects clearly but cannot see distant objects clearly.
→ Image is formed in front of retina.
Causes of Myopia
→ Excessive curvature of eye lens.
→ Elongation of eye ball
Correction of Myopia
→ It is done by using concave lens of appropriate power.
(i) In a myopic eye, image of distant object is formed in front of the retina. (and not on the retina)

(ii) The far point (F) of a myopic eye is less than infinity.

(iii) Correction of myopia. The concave lens placed in front of the eye forms a virtual image of distant object at far point (F) of the myopic eye.

Hypermetropia (Far sightedness)
→ Affected person can see far objects clearly but cannot see nearby objects clearly.
→ The near point of the eye moves away.
→ Image is formed behind the retina.
Causes of Hypermetropia
→ Focal length of the eye lens becomes too long.
→ Eye ball becomes too small.
Correction of Hypermetropia
→ Use of convex lens of suitable power can correct the defect.
Presbyopia (Old age Hypermetropia)
→ It is the defect of vision due to which an old person cannot see the nearby objects clearly due to loss of power of accomodation of the eye.
→ The near-point of the old person having presbyopia gradually recedes and becomes much more than 25 cm away.
Causes of Presbyopia
→ Gradual weakening of ciliary muscles.
→ Diminishing flexibility of eye lens.
Correction of Presbyopia
→ Use of convex lens of suitable power.
→ Sometimes a person may suffer from both myopia and hypermetropia.
→ Such people require bifocal lens for correction.
Advantage of the eyes in front of the face
→ It gives a wider field of view.
→ It enhances the ability to detect faint objects.
→ It provides three dimensional view.
Refraction through a glass prism
• Prism: It is a pyramidal piece of glass with two triangular bases and three rectangular lateral surfaces.
• Angle of Prism: The angle between two adjoining lateral surfaces. Refraction through a glass prism.
Angle of deviation (d): It is the angle between incident ray and emergent ray. 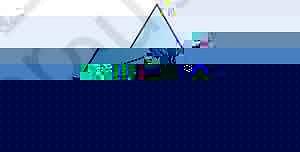 → When white light is passed through a glass prism, it splits into its seven constituent colours to form a band of seven colours. This phenomenon is called dispersion.
• Spectrum: The band of seven colours formed due to dispersion of white light is called spectrum.
• Acronym: It is a group of alphabets that represent sequential colours in spectrum.
V I B G Y O R
→ Angle of deviation ∝ 1/wavelength
→ Red is the least deviated colour as it has largest/longest wavelength.
→ Violet is the most deviated colour as it has smallest wavelength in visible spectrum.
→ Issac Newton was the first person who proved that sunlight is made up of seven colours :
(i)  He passed sunlight through a glass prism to form a band of seven colours.
(ii) He tried to split the colours further by putting another prism ahead of the prism forming spectrum but he failed to obtain more colours.
(iii) He formed a spectrum from sunlight and placed an identical but inverted prism in front of prism forming the spectrum. All the seven colours combined by the inverted prism and emerged as white light.
Total Internal Reflection
→ When light enters obliquely from a denser medium to a rarer medium and the angle of incidence exceeds critical angle, the light reflects in the denser medium. This is called internal reflection.
Conditions necessary for Internal Reflection
→ Light should enter obliquely from a denser to a rarer medium.
→ The angle of incidence should exceed critical angle, the light reflects in the denser medium.
• Critical angle: The angle of incidence for which the angle of refraction is 90º.
• Rainbow: It is a natural spectrum appearing in the sky after rain showers. Rainbow is observed in the direction opposite to the sun.
• Three phenomenon which are involved in rainbow formation are :
(i) Dispersion
(ii) Refraction
(iii) Internal reflection
→ Some water droplets remain suspended in air after rain. These droplets behave as glass prism.
→ When light enters the rain drop, it first refracts and disperses.
→ Then it reflects internally and again refracts as it come out of the drop and the seven colours reach the eye of observer in form of rainbow.
• Atmospheric Refraction: The refraction by different layers of atmosphere is called atmospheric refraction.
(i)  Apparent flickering of objects placed behind a hot object or fire.
(ii) Stars near the horizon appear slightly higher than their actual position.
(iii) Advanced sunrise and delayed sunset.
(iv) Apparent flattering of sun’s disc.
(v) Twinkling of stars.
(i)  An object placed behind the fire or a hot surface appears to flicker when seen through the air.
→ The air above hot surface becomes hot and rises. The space is occupied by cool air. The refractive index of hot air is less than that of cool air.
→ So, the physical condition of the medium are not constant.
→ Due to changing Refractive Index (RI) of medium, the light appears to come from different directions.
→ It results in fluctuation in apparent position of object.
(ii) Stars when seen near the horizon appear slightly higher than their actual position due to atmospheric refraction.
→ The refractive index of earth’s atmosphere in general increases from top to bottom.
→ So, the light coming from a star near the horizon has to travel from rarer to denser medium and it bends towards the normal.
→ As a result the star appears higher.
(iii) Advanced sunrise 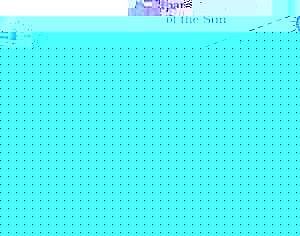 → The sun appears about two minutes earlier than actual sunrise and the sun remains visible for about two minutes after actual sunset.
→ When the sun is below horizon, the rays have to pass from rarer to denser medium.
→ So rays bend towards the normal. As a result the sun appears higher than its actual position.
(iv) Twinkling of stars
→ Stars are very far from us, so they behave as point source of light.
→ Since the physical conditions of the earth’s atmosphere are not constant the light from
stars appears to come from different directions.
→ This results in fluctuation of apparent position of star.
→ The amount of light coming from stars also vary due to changing Refractive Index of atmosphere.
→ The star appears bright when more light from star reaches our eyes and the same star appears dull when less amount of light reaches our eyes.
→ Both these effects are responsible for twinkling of stars.
Scattering effect
Spreading of light in various directions by colloid particles.
Scattering ∝ 1/wavelength
• Tyndall effect: When light passes through a colloid its path becomes visible. This is called Tyndall effect.
Example:
(i) Path of light becomes visible when light enters a dark and dusty room through a slit or ventilator.
(ii) Path of light becomes visible when light passes through dense canopy of trees in a forest.
Dependence of colour of scattered light
(i) If particles are very fine, they scatter mainly the blue colour of light (shorter wavelength).
(ii) Medium sized particles scatter mainly the red colour (longer wavelength).
(iii) Even larger particles scatter all the colours of light that is why it appears white.
→ Wavelength of red light is about 1.8 times to that of blue light.
• Anger signs are made in red colour
→ Red is the least scattered colour. It is least scattered by fog and smoke and can be seen in the same colour over a long distance. So, danger signs are made in red colour.
• Colour of sky appears blue on a clear day
→ The upper layer of atmosphere contains very fine particles of water vapours and gases. These particles are more effective in scattering of light of shorter wavelength mainly blue than larger wavelength. So, the sky appears blue.
• Appearance of sky to an astronaut in the space
→ The sky would appear dark to an astronaut in the space as scattering is not very prominent at such high altitude due to absence of particles.
• Clouds appear white
→ Clouds are formed by water vapours. Water vapours condense to form water droplets due to larger size of droplets, all colours of light are scattered and clouds appear white.
• Colour of sun appear red during sunrise and sunset
→ While sunset and sunrise, the colour of the sun and its surrounding appear red. During sunset and sunrise, the sun is near horizon and therefore the sunlight has to travel larger distance in atmosphere.
→ Due to this most of the blue light (shorter wavelength) are scattered away by the particles. The light of longer wavelength (red colour) will reach our eye. This is why sun appear red in colour.
I hope clear this lesson
The document Human eye and colourful world Notes - Class 10 is a part of Class 10 category.
All you need of Class 10 at this link: Class 10