Prime Minister of Nepal, KP Oli was on a three-day official visit to India from 6th – 8th April 2018. 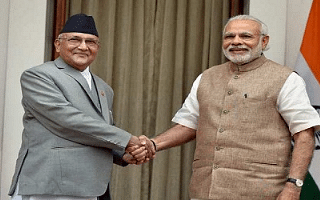 India to build strategic Railway link between Kathmandu and Raxaul

India will build a strategic railway link between Raxaul in Bihar and Kathmandu in Nepal to enhance people-to-people linkages and promote economic growth and development.

On April 7, 2018, India and Nepal reiterated their commitment to promote bilateral cooperation in agricultural science and technology, agricultural production and agro-processing.

India and Nepal have agreed to develop inland waterways for cargo movement, within the framework of trade and transit arrangements.

On the third day of his India visit, Nepalese Prime Minister KP Oli visited the GB Pant University of Agriculture and Technology in Pantnagar, Uttarakhand. 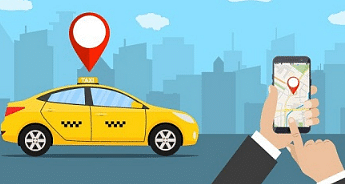 Goa State Government’s app-based taxi service:
i. Earlier, tourist taxi operators who run their businesses individually in Goa, opposed attempts made by online cab aggregators like Ola to start services in the state, fearing that such a move will affect their business.
ii. Thus, Goa Tourism Development Corporation (GTDC) itself decided to start the new mobile application-based transport service and invited the taxi operators to register with it.
iii. All taxi operators, who hold licence to run cabs in Goa, are eligible to register for this application-based transport service.
iv. The app-based taxis would operate from locations like GTDC residencies (hotels) across the state and registered taxi operators will have to follow the online queuing system, based on which a ride will be confirmed or assigned to them.
Quick Facts about Goa:

Free chemotherapy units in Maharashtra:
i. This facility will be rolled out in phased manner, starting with hospitals in Nagpur, Pune, Gadchiroli, Amravati, Jalgaon, Nashik, Satara, Wardha, Bhandara and Akola.
ii. Availability of free chemotherapy at district hospitals will provide relief to cancer patients, who have to come to Mumbai’s Tata Memorial Hospital in Parel by incurring travel and lodging expenses and face related inconvenience.
iii. A physician and nurse from each of the district hospitals (where chemotherapy treatment will be provided ) would be imparted training by the Medical Oncology department of Tata Memorial.
iv. In context of this news, it is important to note that according to the National Cancer Registry Programme, 11 lakh people are diagnosed with cancer every year across India.
Quick Facts about Maharashtra:

♦ Kerala issues protocol to confirm brain death cases
With an aim to make organ transplants more transparent in the state, Kerala State Government has issued guidelines to be followed to confirm brain death cases.
Guidelines to confirm brain death cases:
i. A medical board comprising four doctors, including one in government service, will be the competent authority to declare a patient brain-dead.
ii. The guidelines have been divided in to three stages viz. – precautions to be taken before tests to determine brain death, analysis of reflective actions of brain and apnea test (known as sleep test).
iii. Distinction between a state of coma and brain has also been clearly outlined by precise definitions. A state of unconsciousness caused by damage to particular nerves of brain has been defined as ‘Coma’ while state of permanent destruction of brain cells caused by excessive bleeding in brain has been defined as ‘Brain Death’.
Quick Facts about Kerala: 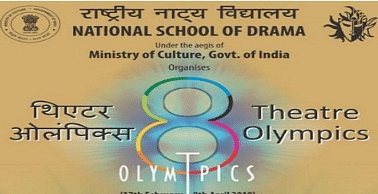 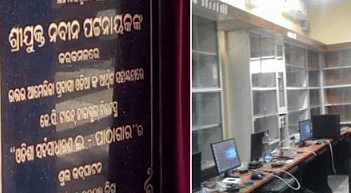 Odisha Public e-library opens in Berhampur:
i. The Odisha Public e-library is expected to support the library movement of Odisha and help computer literate students.
ii. This library was inaugurated by Odisha chief minister Naveen Patnaik at BeMC’s Maharaj Krushna Chandra Gajapati Research Library in Berhampur on 31st August  2017. Later it was moved to the Town Hall since it has more space and parking slots.
iii. The library has 12 computers, two servers and a projector. The library was opened for the public on 4th April 2018.
iv. The BeMC will connect with the National Informatics Center (NIC) so that its e-Granthalaya can also be accessed. The library has employed two staff members and one technical worker.
v. OSA (Odisha Society of America) is an association of Odia people living in the US. OSA had offered Rs 20 lakh for the e-library through chief minister’s relief fund.
Some National Parks in Odisha:

♦ UIDAI brings digitally-signed QR code with photo for e-Aadhaar
The UIDAI (Unique Identification Authority of India) has introduced secure digitally-signed QR Code on e-Aadhaar that will contain photograph of the Aadhaar holder along with demographic details.
UIDAI brings digitally-signed QR code with photo for eAadhaar:
i. UIDAI has replaced the existing QR code on e-Aadhaar containing the Aadhar holder’s demographic details with a secured digitally-signed QR Code that contains demographics along with photograph of the Aadhaar holder.
ii. This has been introduced to enable better offline verification of an individual. QR code is a form of barcode label containing machine-readable information.
iii. e-Aadhaar is the electronic version of Aadhaar. It can be downloaded from UIDAI website.
iv. This new facility enables user agencies like banks to verify authenticity of Aadhaar card offline. Still, to confirm that a person is a bona fide owner of the Aadhaar card, a manual check of photo with the individual’s face, should be performed.
v. UIDAI’s e-Aadhaar QR Code reader software has been made available on its website since 27th March 2018.
vi. Now, in the e-Aadhaar, there will be a small QR code on front side of cutaway portion, with demographic data only. Large QR code on top portion of front side and the back will contain demographic data and photo.
vii. To make this information more secure and tamper-proof it will be signed with UIDAI digital signature.
About UIDAI (Unique Identification Authority of India):