Committee chaired by Secy, Corporate Affairs on review of penal provisions of Company Act 2013 submitted its  final report to Shri Arun Jaitley
On August 27, 2018, the Committee constituted by Government of India in July 2018  to review framework dealing with offences under the Companies Act, 2013  submitted its report to the Union Minister for Finance & Corporate Affairs, Shri Arun Jaitley.
Objective:
To promote better corporate compliance.
Key Points:
i. This report is presented by the Secretary, Ministry of Corporate Affairs, Shri Injeti Srinivas, who chaired the committee.
ii. It had a detailed analysis of all penal provisions in 8 categories based on the  nature of offences.
iii. The recommendations are:
To relieve Special Courts from adjudicating routine offences:

Online portal for Common Carrier Capacity booking on GAIL’s pipelines:
i. The online portal is available at: www.gailonline.com. It is the first of its kind portal in the natural gas sector of India.
ii. This portal offers the facility to register pipeline capacity bookings online to gas consumers. It will serve on first come-first served basis.
iii. This portal will be a first step towards gas trading on hub or exchange traded platform in India. GAIL has been offering third party access to pipelines since 2004.
About GAIL:
♦ Chairman & MD – B.C. Tripathi
♦ Corporate Office – New Delhi ii. 111 Utility Helicopters is the first project under the Defence Ministry’s Strategic Partnership (SP) Model that would boost ‘Make in India’ programme. i. It has used a blend of the aviation turbine fuel and biofuel to power the flight.
ii.  The flight had 20 people, including officials from aviation regulator DGCA and SpiceJet and was around 25 minutes.
iii. It would encourage sustainable and alternative fuels for the transportation & aviation sector under National Biofuels Policy.
iv. With this test, India will be among the first developing nations to adopt the sustainable alternative jet fuel.
About the Biofuel:
i. The fuel has been developed by Indian Institute of Petroleum, based in the capital of Uttarakhand.
ii. It‘s a mix of the oil extracted from the seeds of Jatropha plant.
iii. Five hundred farmer families in Chhattisgarh are involved in the production of the partially-refined biofuel.
iv. It was made partially from renewable resources such as agricultural residues, non-edible oils and bio-degradable industrial and municipal wastes.
Background:
i. Fuel is the biggest cost item for an airline, accounting for as much as one-third of the total cost of operations.
ii. The government will make an environment friendly aviation action plan till 2035.
iii. Billionaire Richard Branson’s Virgin Atlantic was the first airline to have used biofuel to fly London-Amsterdam ten years ago. 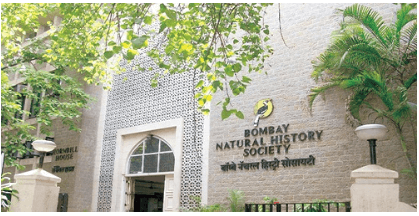 i. The regional branch was inaugurated in the premises of the Wetland Research and Training Centre (WRTC) of the Chilika Development Authority (CDA) at Chandrapur in Chilika.
ii. The branch would be engaged in the following activities:

iii. These activities would be carried out with the CDA and the Forest Department.
Background:
♦ BNHS has been promoting conservation of nature in India since its establishment in 1883.
♦ The Chilika Lake hosts one million birds with 97 species of intercontinental migratory birds.
BNHS:
♦ Director: Deepak Apte.
♦ Headquarters: Mumbai.