Department of Biotechnology under Union Ministry of Science and Technology has implemented Biodesign Programme with an objective to develop innovative and affordable medical devices as per unmet clinical needs of India. Under this programme, 11th Annual MedTech Summit was organised in New Delhi on December 2, 2017.

On 4th December 2017, the first meeting of Fifteenth Finance Commission was held at North Block in New Delhi. i. The Meeting was held under the Chairmanship of N.K. Singh and was attended by all the other Members of the Commission – Shaktikanta Das and Dr. Anoop Singh, and the part time Members Dr. Ashok Lahiri and Dr. Ramesh Chand.

ii. The Fifteenth Finance Commission was constituted on 27th of November 2017. The Commission felt that wide-ranging consultations with all stake holders needed to be initiated.

iii. It was keen to seek academic inputs and inter-actions with leading Think Tanks and domain knowledge experts. It approved the setting-up of its office at Jawahar Vyapar Bhawan on Janpath in New Delhi.

About Finance Commission of India:

On December 2, 2017, Telangana State Government announced that it would set up the world’s first Information Technology (IT) Campus for Persons with Disabilities (PWD) in Hyderabad.

IT Campus for Persons with Disabilities in Hyderabad:

i. In order to set up IT campus for Persons with Disabilities in Hyderabad, Telangana State Government has entered into an agreement with Vindhya E-Infomedia Private Limited.

iii. The IT Campus for PWDs in Hyderabad will focus on creating employment opportunities for Persons With Disabilities.

iv. It will be constructed over 10 acres land at the IT Park near Rajiv Gandhi International Airport. The campus will be equipped with all amenities viz. training centres, residential facility and delivery centres that will serve domestic as well as International clients.

First International exhibition and Conference on AYUSH and Wellness sector, ‘AROGYA 2017’begun in New Delhi on December 4, 2017. Abbreviation AYUSH stands for Ayurveda, Yoga and Naturopathy, Unani, Siddha and Homoeopathy. These are the medicine systems practised in India.

i. This event was inaugurated by Union AYUSH Minister, Shripad Yesso Naik.

ii. Theme of this conference is ‘Enhancing the global potential of Ayush’.

iii. This exhibition and Conference is being held to showcase the strength and scientific validation of these Indian System of Medicine (Ayurveda, Yoga and Naturopathy, Unani, Siddha and Homoeopathy) in the global context.

iv. Besides, it will also boost awareness and popularity of AYUSH Products in International market.

v. Over 200 Ayush and wellness delegates from over 50 countries will attend this four-day event.

i. This 200-bed hospital offers best possible care for any ailment via three systems of medicine viz. Yoga, Ayurveda and Allopathy.

ii. The treatment process at this hospital combines best of traditional and modern medicine and offers world-class holistic care to patients at subsidised rates.
iii. PM Narendra Modi is on a visit to Gujarat for State Assembly election campaign. Gujarat State Assembly elections will be held on 9th and 14th December, 2017.

ii. The agreement was signed by German Ambassaor, Dr. Martin Neyand and S. Selvakumar, Joint Secretary of Department of Economic Affairs under Union Ministry of Finance. 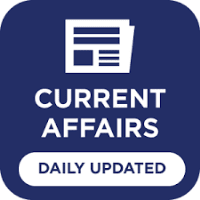