Main objective of this tool is to encourage States and UTs to take proactive steps for strengthening the Startup ecosystems at the local level.

Compendium of Good Practices for Promoting Startups in India:

The compendium focuses on enriching the Startup ecosystem through ethical behaviours. 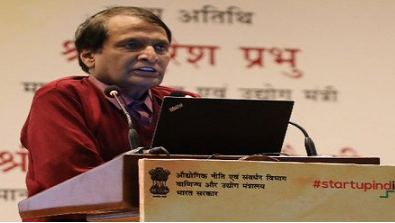 This kit will serve as a one-stop guide on all Startup India offerings. 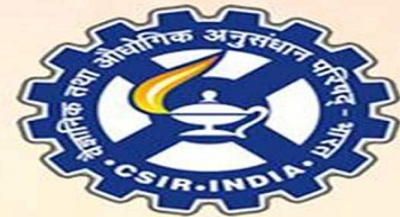 Mechanism in CSIR for transfer of technology:
i. An announcement regarding this was made during a meeting with members of Laghu Udyog Bharati, an all-India organisation of small scale industries.
ii. Laghu Udyog Bharati has 450 branches and 25,000-member units in India. National Secretary of Laghu Udyog Bharati, Sampat Toshniwal said that, there is a disconnect between CSIR and small-scale industries.
iii. It was said that, a nodal officer in CSIR will coordinate with the small-scale industry and CSIR labs for required technology transfer.
About Council of Scientific & Industrial Research (CSIR):
♦ Prime Minister – Narendra Modi
♦ Vice President – Dr. Harsh Vardhan, Cabinet Minister for Science & Technology and Earth Sciences
♦ Director General – Dr. Girish Sahni

GST rate on amusement parks and ballet etc, reduced from 28% to 18%.
At 25th meeting of the Goods and Services Tax (GST) Council held in New Delhi on January 18, 2018, it was recommended that GST rate on services by way of admission to Amusement Parks may be reduced from 28% to 18%.
GST on Amusement Parks:
i. The recommendation to reduce GST rate on entry to amusement parks was in response to requests received from several quarters that amusement parks promote social wellness and are avenues to attain fun and learning for children and their families in a real active entertainment.
ii. On January 25, 2018, a notification was issued giving effect to this recommendations of GST Council.
iii. Thus, admission to amusement parks including water parks, theme parks, joy rides, go-carting, merry-go-rounds and ballet is now taxable at the lower rate of 18%.
Quick Facts about Goods and Services Tax (GST):
♦ GST is a destination-based, single indirect tax that is levied on consumption of goods or use of services across India.
♦ It was rolled out in India from July 1, 2017.
♦ GST Council headed by Union Finance Minister Arun Jaitley, and comprising representatives of all states have finalised four tax brackets under GST viz. 5%, 12%, 18% and 28%.

Foundation stone for Rhodendron Park in Tawang:
i. The Rhodendron Park will be built in an area of 1.15 hectares. It will be partly funded under Border Area Development Programme (BADP).
ii. Nearly 30 species of rhododendrons will be planted in the park and conserved. The park will also contain modern nursery, information center on rhododendron, resting sheds, vehicle parking facility, public toilet facility, signage and lightings and iron security gate.
iii. A plantation drive of various varieties of Rhodos was also initiated by Pema Khandu.
About Border Area Development Programme (BADP):
♦ Started – 1986-87
♦ Objective – to meet the special needs of people living in remote, and inaccessible areas situated near the border areas

Haryana to establish farmers’ welfare department
On February 6, 2018, Haryana Chief Minister Manohar Lal Khattar stated that the State Government will establish ‘Haryana Kisan Kalyan Pradhikaran’, a farmers’ welfare department which will be entrusted with the responsibility to make agriculture remunerative by enhancing productivity and thereby mitigate the distress of farm households and landless workers.
Details about ‘Haryana Kisan Kalyan Pradhikaran’:
i. This announcement was made by Mr. Khattar while interacting with farmers during the ‘Ek Aur Sudhar’ programme in Chandigarh.
ii. Chief Minister of Haryana would be the ex-officio chairperson of the Haryana Kisan Kalyan Pradhikaran, while State’s Agriculture and Farmers Welfare Minister would be the ex-officio vice- chairman.
iii. Besides handling its primary responsibility of making agriculture remunerative, Haryana Kisan Kalyan Pradhikaran will also synergise with various departments for implementation and monitoring of schemes, programmes and projects thorough the Agriculture Advisory Council.
Quick Facts about Haryana:
♦ Capital – Chandigarh
♦ Current Governor – Kaptan Singh Solanki
♦ Current Chief Minister – Manohar Lal Khattar
♦ Important National Park – Sultanpur National Park