Cabinet approves Ratification of the Minamata Convention on Mercury

Union Cabinet has approved the proposal for ratification of Minamata Convention on Mercury and thereby enabling India to become a Party to the Convention.

Facts about Minamata Convention on Mercury:

Union Cabinet has approved the incorporation of several amendments (based on the recommendations of the Department-related Parliamentary Standing Committee) to the Major Port Authorities Bill 2016. 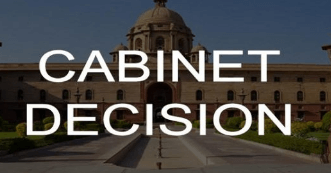 Some of the major amendments to the Major Port Authorities Bill 2016:

Union Cabinet has given its approval for placing the new Instrument adopted by International Labour Organization (ILO) Recommendation concerning “The Employment and Decent Work for Peace and Resilience (No.-205)” before the Parliament.

Cabinet Committee on Economic Affairs, chaired by the Prime Minister Narendra Modi, has approved to enhance of the target of Pradhan Mantri Ujjwala Yojana (PMUY) from five crore to eight crore.

This Memorandum of Understanding (MoU) was signed on October 30, 2017, in New Delhi. It shall be valid for a period of five years.

This Memorandum of Cooperation (MoC) will be signed between Federal Law Enforcement Training Centers (FLETC), USA and Bureau of Police Research & Development (BPR&D).

This Memoranda of Understanding (MoU) will be signed between the Department of Economic Affairs (Indian Economic Service Cadre) and The Treasury, Government of Australia.

Under this MoU, framework for innovative partnership between India and the United Kingdom Industry and training institutes will be created.

Union Cabinet has given its approval for signing and ratification of protocol amending the Agreement between India and China for the Avoidance of Double Taxation and the Prevention of Fiscal Evasion with respect to taxes on income. 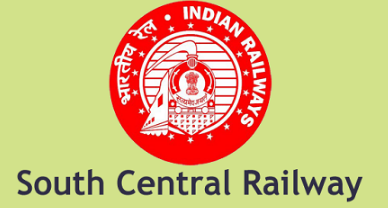 Karnataka panel proposes 3-colour official state flag
Karnataka committee to analyse possibility of a separate flag for the state has submitted a report, suggesting an official three-coloured flag to replace an unofficial two-coloured flag currently in use.
Karnataka panel proposes 3-colour official state flag:
i. In June 2017, Karnataka’s Kannada and Culture department appointed a committee to study the possibility of having a separate flag for Karnataka.
ii. The committee was headed by G S Siddaramaya, chairman of Kannada Development Authority.
iii. This committee has recommended a flag in yellow and red colour, with white colour in the middle containing the state symbol.
iv. Karnataka Chief Minister Siddaramaiah said that, this matter will be forwarded for consideration by Karnataka cabinet. Then it will be referred to the Union Ministry of Home Affairs (MHA) for clearance.
v. If this flag is approved by MHA, Karnataka will be the second state to have an official flag after Jammu and Kashmir. Karnataka has an unofficial state flag since 1960s.
Some of the dams in Karnataka:
♦ Tungabhadra Dam – Tungabhadra River
♦ Krishna Raja Sagara Dam – Kaveri River
♦ Linganamakki Dam – Sharavathi River

NHAI to Launch Pilot Project “Pay as You Use” Tolling on Delhi-Mumbai Highway
National Highways Authority of India (NHAI) is launching a pilot project on Delhi Mumbai national highway to analyse the feasibility of “Pay as you use” tolling system in India.

Pay as you use:
i. The pilot project includes developing a satellite based electronic toll collection system that works on GPS/GSM technology for nearly 500 commercial vehicles on the Delhi Mumbai national highway. This project will be carried out for 1 year.
ii. It will work using mobile telecommunications technology (GSM) and the satellite-based Global Positioning System (GPS).
iii. This system will deduct money from a vehicle account and credit money to the concessionaire in 1 day and open the toll gate.
iv. In case of transaction failure, toll operator will be alerted and money will be collected manually before opening the gate.
v. This project will also try to integrate the new system with the FASTag program. It will also compare distance based tolling and the existing tolling system, and also virtual tolling with normal tolling.
About National Highways Authority of India (NHAI):
♦ Purpose – Development and maintenance of National Highways
♦ Chairman – Deepak Kumar