More information about Committee for sports varsity in Patiala:

i. This committee has been set up under the aegis of the Sports and Youth Affairs Department.

iii. After studying the existing national and international models of Sports Universities, the committee will prepare a draft legislation which will be presented to the government.

iv. The committee will also spot suitable land and buildings in and around Patiala, which can be used for setting up the sports university.

iii. Prime Minister Narendra Modi had launched Pradhan Mantri Bhartiya Jan Aushadhi Pariyojana with an objective of making quality medicines available at affordable prices to all, particularly to the poor and underprivileged, through exclusive outlets.

iv. Currently, more than 600 medicines and 150 surgical and other medical items are being made available at affordable rates at Janaushadhi Kendras opened across the country under the Pradhan Mantri Jan Aushadhi Pariyojana.

India tops list of new TB cases in 2016 – WHO
According to ‘Global TB Report 2017’ released by World Health Organization (WHO), India has topped the list of seven countries, accounting for 64 per cent of the 10.4 million new tuberculosis (TB) cases worldwide in 2016.

Life term for Govt officials indulging in torture, recommends Law Commission
On October 30, 2017, Law Commission of India has recommended that Indian Government should ratify a United Nations Convention against Torture in order to avoid difficulties in extradition of criminals from foreign countries.

i. Law Commission has stated that as India does not have a law preventing harsh treatment by authorities, quick extradition of criminals from foreign countries cannot be carried out. Most foreign countries follow specific laws which make ‘prevention of torture laws’ in the country seeking extradition as a pre-condition for extradition.

ii. It has been recommended that, if Indian Government ratifies the UN Convention Against Torture, than a bill should be passed by the parliament to amend various laws to prevent torture by government officials… 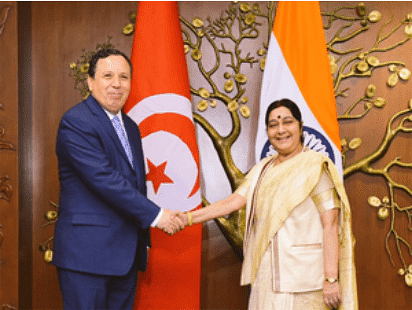 ii. Besides conducting a review of bilateral tires, both  the ministers discussed regional and international issues of mutual interest.

iii. Both the ministers initiated a roadmap for India-Tunisia partnership in a bid to give a new impetus to bilateral relations between India and Tunisia.

iv. Six agreements in the fields of judicial cooperation, information and communications technology, cooperation in youth issues and trade and business, were also signed during this meeting.

v. A year-long festival of India in Tunisia and festival of Tunisia in India will be held in 2018, to celebrate the 60th Anniversary of establishment of diplomatic relations between the two countries.