According to a study titled ‘India’s digital divide: how broadband speed splits the nation’ by Ookla, Chennai has the highest fixed broadband download speed among 20 largest cities of India. 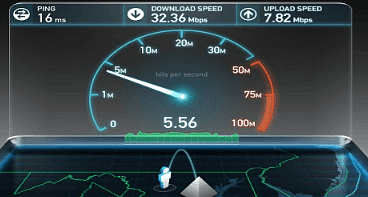 In context of this news, it is important to note that for February 2018, with fixed broadband average download speed at 20.72 Mbps, India ranked 67th in the world on Speedtest Global Index.

With fixed broadband average download speed at 32.67 Megabits per second (Mbps) Chennai has topped the list and has clocked 57.7% faster download speed than the average for the rest of the country.

As per fifth edition of the Annual Survey of India’s City-Systems (ASICS) by Janaagraha Centre for Citizenship and Democracy, Pune is the top city to show improvement in quality of governance in 2017. 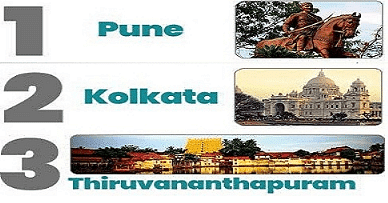 The survey was administered in 23 major cities across 20 Indian states and contained 89 questions.

Findings from Fifth edition of the Annual Survey of India’s City-Systems (ASICS):

Pune topped the list with an overall score f 5.1 out of 10. Bhubaneswar showed significant improvement by attaining fourth spot in 2017 survey as compared to tenth in 2016. 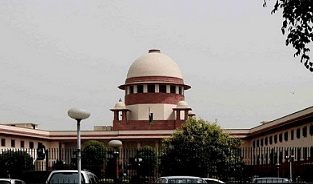 More Information and Rationale behind Supreme Court’s Decision:
i. Supreme Court bench comprising Justices Adarsh K Goel and Uday U Lalit barred foreign law firms and foreign lawyers practising in India for both litigatious (likely to engage in lawsuits) as well as non-litigatious activities.
ii. This judgement takes into consideration Bar Council of India Rules (BCI) that the Indian laws are of specialised nature and only those who have a exhaustive and holistic idea of its functioning, are permitted to practice law by it.
iii. However, Supreme Court has allowed foreign lawyers to ‘fly in fly out’ to advise on foreign law.
iv. Besides, foreign lawyers have been allowed to appear in International Commercial Arbitration (mode of resolving commercial disputes arising between private parties on account of cross- borders transactions).

Details about Union Health Ministry – WHO Agreement:
i. The agreement was signed by Lav Agarwal, Joint Secretary (International Health) and Dr. Tedros Adhanom Ghebreyesus, the Director General of WHO in New Delhi.
ii. Union Minister for Health and Family Welfare J.P. Nadda was also present during the signing ceremony.
iii. The MoA is expected to strengthen collaborative work between Indian Government and WHO in achieving improved health outcomes.
Quick Facts about World Health Organisation (WHO):
♦ Formed in – 1946
♦ Headquarters – Geneva, Switzerland
♦ Current Director General – Tedros Adhanom

Assam govt proposes insurance scheme for journalists
Assam State Government has proposed an insurance scheme for journalists and their families in State budget for the year 2018-19.
Insurance scheme for journalists in Assam:
i. This announcement was made by Assam Finance Minister Himanta Biswa Sarma during presentation of state budget for 2018-19 in the assembly on March 12, 2018.
ii. Mr. Sarma stated that for the year 2018-19, budgetary allocation of Rs 63 crore has been earmarked for the Information and Public Relations Department that would implement schemes for journalists in Assam.
iii. This ‘Journalist Insurance Scheme would ensure security and protection of the journalists and their families.
iv. As announced in last year’s budget, Assam State Government has already introduced Pension Scheme for Journalists to provide retirement benefits to those journalists who have been working for more than 20 years in Assam.
Quick Facts about Assam:
♦ Capital – Dispur
♦ Current Governor – Jagdish Mukhi
♦ Current Chief Minister – Sarbananda Sonowal
♦ Important National Park – Manas National Park 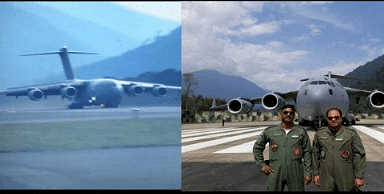 IATA partners with Civil Aviation Ministry and National Aviation University:
i. The three parties formalised this partnership in the presence of Jayant Sinha, Minister of State for Civil Aviation at the Wings India 2018 event in Hyderabad.
ii. This MoU also aims in developing better academic cooperation between IATA and National Aviation University.
iii. As per the MoU, the institutions will also utilize the existing infrastructure for training in India to improve the reach of vocational training in aviation sector.
About International Air Transport Association (IATA):
IATA’s Regional Vice President, Asia-Pacific – Conrad Clifford
Headquarters – Montreal, Canada