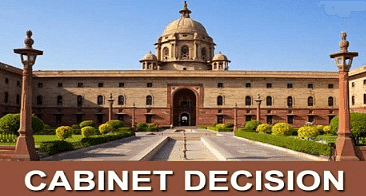 On March 21, 2018, Union Cabinet gave ‘in-principle’ approval to inclusion of 2 communities – ‘Parivara’ and ‘Talawara’ – in the list of Scheduled Tribes (STs) in Karnataka.

Cabinet approves Opening of Missions in Africa to implement IAFS-III

Union Cabinet has approved the opening of 18 new Indian Missions in Africa over a four year period from 2018-2021 to implement commitments of India-Africa Forum Summit (IAFS-III).

Objective of NEIDS 2017 is to promote employment in the North Eastern States of India, by providing incentives, primarily to the Micro Small and Medium Enterprises (MSME) Sector.

Term of the Commission to examine the issue of sub-categorization of Other Backward Classes has been extended by twelve weeks i.e. up to April 2, 2018.

Cabinet Committee on Economic Affairs (CCEA) has allowed ITI Ltd to bring a Further Public Offer (FPO) for fresh equity shares in order to achieve 25 per cent Minimum Public Shareholding requirement of Securities and Exchange Board of India (SEBI), raise working capital for new projects and to reduce its debt obligations.

Cabinet Committee on Economic Affairs has given its approval for continuation of Centrally Sponsored Scheme of Rashtriya Uchchatar Shiksha Abhiyan (RUSA) from April 1, 2017 to March 31, 2020.

Cabinet Committee on Economic Affairs has given its approval for Central Sector Scheme “Integrated Scheme for Development of Silk Industry” for the period 2017-18 to 2019-20.

Cabinet Approvals with Foreign Countries
On March 21, 2018, Union Cabinet chaired by Prime Minister Narendra Modi approved following bilateral agreements.
i. Union Cabinet has given its approval for revision of the Agreement between India and Qatar for the avoidance of double taxation and for the prevention of fiscal evasion with respect to taxes on income.
ii. Cabinet apprised of MoU between India and Guyana on cooperation in Renewable Energy
iii. Cabinet approves closure of India Development Foundation of Overseas Indians
iv. Union Cabinet has approved the formation of a wholly owned subsidiary company of Telecommunications Consultants India Ltd (TCIL) in the US for information communication and technology (ICT) related work 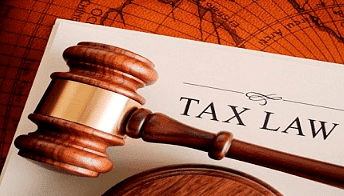 New Direct Tax Law for India:
i. CBDT believes that to prepare the draft of new Direct Tax Law, it is necessary to engage with stakeholders and general public.
ii. Thus it has invited suggestions and feedback from stakeholders and general public in the format provided on www.incometaxindia.gov.in.
iii. Suggestions/feedback in this regard may be sent through e-mail at rewriting-itact@gov.in by April 2, 2018.
Quick Facts about Central Board of Direct Taxes (CBDT): 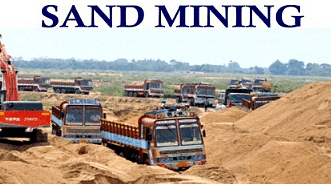 Sand Mining Framework:
i. Developed by: The Sand Mining Framework was prepared by the Ministry of Mines.
ii. It was developed after conducting study in several states and consultations with institutions like National Council for Cement and Building Materials, Cement Manufacture Association etc.
iii. The suggestions in this framework will offer a roadmap to the states that will help them to develop their policies and will act as a check on illegal mining of sand.
About National Council for Cement and Building Materials: 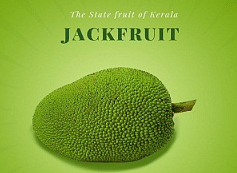 Jackfruit – official fruit of Kerala:
i. An official announcement on this regard was made by Kerala Agriculture minister V S Sunil Kumar in the Kerala state assembly. This decision was taken based on a proposal made by the Kerala Agriculture Department.
ii. This has been done in a move to promote the ‘Kerala jackfruit’ as a brand in markets all over India and abroad.
iii. The agricultural office in Ambalavayil in Wayanad is to be used for jackfruit research.
iv. The state animal of Kerala is ‘Elephant’. The state bird of Kerala is ‘great hornbill’. The state flower of Kerala is ‘kanikkonna’.
Some wildlife sanctuaries in Kerala:

♦ Madhya Pradesh inks MoU with Bharat Financial for animal healthcare plan
The Madhya Pradesh Animal Husbandry Department has inked a MoU with Bharat Financial Inclusion Ltd (BFIL) to launch ‘Pashu Dhan Sanjeevani – 1962’, an animal healthcare programme.
Pashu Dhan Sanjeevani – 1962:
i. The MoU was signed in the presence of Madhya Pradesh Animal Husbandry Minister Antar Singh Arya and BFIL CEO and MD Geoff Woolley.
ii. The ‘Pashu Dhan Sanjeevani – 1962’ is claimed to be the first of its kind initiative by any state government in India.
iii. This programme offers animal owners a range of veterinary services. They just have to dial the toll-free helpline number 1962.
iv. Veterinary services like emergency treatment, on-demand artificial insemination, vaccination and deworming will be offered at the doorstep of farmers.
v. This will be of great use to farmers who find it difficult to bring their cattle to the health centres. The IT ecosystem for this programme has been developed by BFIL.
vi. The service delivery process will be monitored through the ‘Bharat Sanjeevani’ software and a mobile app exclusively developed for doctors, veterinary field officers and artificial insemination technicians.
Some National Parks in Madhya Pradesh:

♦ I&B Ministry reconstitutes panels for PIB accreditation
The Information and Broadcasting (I&B) Ministry has reconstituted two journalist-related bodies.
I&B Ministry reconstitutes panels for PIB accreditation:
i. On 20th March 2018 an order was issued by Information and Broadcasting Ministry that announced the members of the Central Press Accreditation Committee.
ii. The Central Press Accreditation Committee considers the names of correspondents and camerapersons who get Press Information Bureau (PIB) accreditation.
iii. The committee is headed by the Prinicpal Director General of PIB as the ex-officio chairperson. It has 8 members. It has a tenure of 2 years.
iv. Other members are: a representative of the Press Council of India and a representative of the News Broadcasters Association.
v. Five other members are: Prashant Mishra of Dainik Jagran; Navika Kumar of Times Now; Kanchan Gupta, commissioning editor with ABP News; J Gopikrishnan of The Pioneer; and Smita Prakash, Editor News of Asian News International.
vi. I&B Ministry has also constituted a committee to administer the Journalists Welfare Scheme.
vii. The administering committee will consist of: I&B Secretary, Principal DG PIB, and a joint secretary from the I&B ministry.
About Press Information Bureau (PIB): 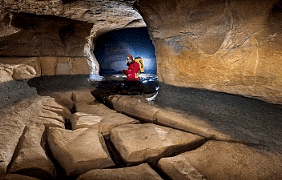 Krem Puri:
i. Krem Puri was discovered in 2016. However its actual length was found between 5th February and 1st March 2018.
ii. It was measured by the Meghalaya Adventurers’ Association (MAA). It is 24,583 metres long.
iii. This cave is over 6,000 metres longer than the world record-holder Cueva Del Saman, a sandstone cave in Edo Zulia, Venezuela.
iv. It has also become India’s second longest cave in the general category. The longest India cave is the Krem Liat Prah-Umim-Labit system in the Jaintia Hills in Meghalaya.
Some important lakes in India: 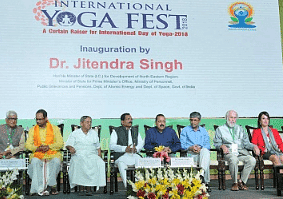 International Yoga Fest:
i. The International Yoga Fest is held for 3 days. Over 5,000 delegates from 16 countries and nearly 40 yoga institutions and universities are taking part in the fest.
ii. Four cities namely Jaipur, Hyderabad, Ahmedabad and Mysore have been shortlisted for conducting the main function of International Yoga Day 2018.
iii. The international yoga fest will be followed by 10 state-level fests that will be held in different parts of India.
Some important airports in India: 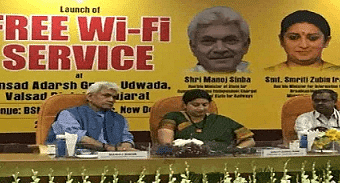 BSNL Launches Free Wi-Fi Facility at Udwada Village in Gujarat:
i. The facility was launched by Manoj Sinha, Minister of State for Communications and Minister of State for Railways.
ii. I&B (Information and Broadcasting) minister Smriti Irani selected Udwada village under Saansad Adarsh Gram scheme.
iii. Smriti Irani said that, under Saansad Adarsh Gram Yojana Rs.16.48 Lakh has been allotted for implementing Wi-Fi by BSNL in Udwada Village.
iv. Anupam Shrivastava, CMD of BSNL, said that two Hotspots with 17 Access points have been installed at Udwada village.
Some National Parks in Gujarat: 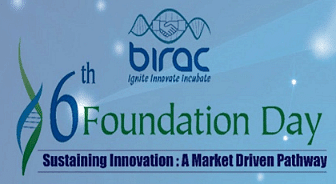 6th Foundation Day of BIRAC:
i. The event was inaugurated by Dr. Harsh Vardhan, Union Minister for Science & Technology and Earth Sciences and Environment, Forests and Climate Change, who was the Chief Guest of the event.
ii. Theme: The theme for 6th Foundation Day of BIRAC was ‘Sustaining Innovation – A Market Driven Pathway’.
iii. Several dignitaries from the scientific and industry sectors within India and also from foreign countries attended the event.
iv. Preliminary winners of the SoCH (Solutions for Community Health) awards were announced at the event. This is an innovation challenge award which was initiated at the MyGov portal in September 2017.
About Biotechnology Industry Research Assistance Council (BIRAC):