♦ Department of Posts launches Cool EMS Service between India and Japan
Ministry of Communications has introduced the Cool EMS Service between Japan and India with effect from 29.03.2018 that will allow Indian customers to import Japanese food items for personal use.
Cool EMS Service between India and Japan:
i. Cool EMS service is a one-way service from Japan to India. It enables customers in India to import Japanese food items for personal use as allowed under Indian regulations.
ii. In the initial phase, Cool EMS Service is made available only in Delhi. Food items will be carried by Japan Post in special cool boxes containing refrigerant to preserve the food.
iii. Recipient has to collect the parcel from Foreign Post office, Kotla Road, New Delhi within the prescribed time period.
iv. Features such as track and trace, etc. of Express Mail Service (EMS) are also available for Cool EMS service.
About Ministry of Communications: 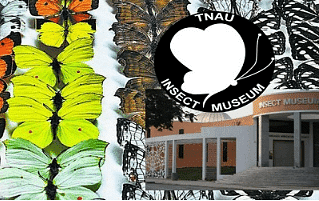 More information about insect museum at the Tamil Nadu Agricultural University:
i. The museum is fully dedicated to insects and claimed to be the first of its kind in India.
ii. It has been set up over 6691 sqft area at the cost of Rs. 5 crore.
iii. Insects preserved as specimens and also live ones, depicting different developmental stages are displayed at this museum.
iv. The lobby of this insect museum depicts the theme, “BUGS ARE KINGS”.
v. The museum has state-of-the-art amenities including a mini auditorium to screen insect movies and documentary films.
Quick Facts about Tamil Nadu Agricultural University:

Overview of ‘Videsh Aaya Pradesh ke Dwaar’ initiative:
i. Under this initiative, MEA will hold direct interaction with the local media (having wide readership profile) in different cities across India.
ii. Through these interactions, MEA will communicate foreign policy priorities in simple terms and will highlight the benefits accruing to the common people through diplomatic efforts.
iii. Besides, a pool of media professionals interested in foreign policy will also be created.

♦ Government releases Draft policy on Defence Production
Union Defence Ministry has released a draft policy aimed at promoting the domestic defence industry and positioning it to achieve a turnover of Rs 170000 crore in military goods and services by 2025.
Salient Features of Draft policy on Defence Production:
i. The aim of aim policy on Defence Production is to make India self-reliant in terms of Defence Production and also to emerge as one of the top five manufacturers of defence platforms in the world.
ii. Besides, increasing domestic defence production, another goal is to achieve export of Rs 35000 crore in military equipment and services by 2025.
iii. These goals are to be achieved with active participation of public as well as private sectors.
iv. Government has identified 12 military platforms and weapons systems for production, in which India will strive to attain self-reliance.
v. These platforms/systems include fighter aircraft, warships, medium lift and utility helicopters, land combat vehicles, gun systems, missile systems, small arms, ammunition and explosives, electronic warfare (EW) systems, surveillance systems and night fighting enablers.
vi. The draft policy states that licensing process for defence industries and tax regime for domestic manufacturing will also be liberalised. 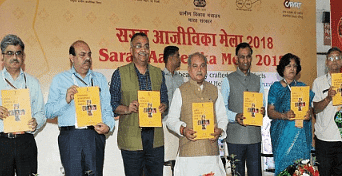