Salient features of Green Skill Development Programme (GSDP):i. Under this programme 5.5 lakh individuals across India will be provided training in environment and forest sectors through 30 courses by 2021.ii. Objective of GSDP is skilling the youth of India, especially dropouts and increasing the availability of skilled workforce.iii. GSDP was launched last year as a pilot project in 10 districts of India. In the pilot project, 154 youths (mainly school dropouts) were trained as parataxonomists and biodiversity conservationists.iv. A related mobile app (GSDP-ENVIS) was also unveiled by Mr. Harsh Vardhan on May 14, 2018.

Kerala witnessing advanced demographic transition: ReportAs per report, titled ‘Impact of mortality and fertility transitions in Kerala on migration and its implications for state’s economy’ Kerala is currently experiencing an advanced demographic transition.Highlights of the report:i. The report has been compiled by a team led by noted demographer S. Irudaya Rajan of the Centre for Development Studies.ii. It has outlined that Kerala is currently experiencing an advanced demographic transition as the mortality and fertility levels have come down and so migration will play a critical role in shaping the future demographic scenario of the state.iii. It is to be noted that Kerala was the first Indian state to achieve Infant Mortality Rate (IMR) below 25, in 1989, and then further reduced it to 10 in 2016.iv. The fall in levels of mortality has also brought down fertility levels considerably and thus the combined effect has led to a decline in the natural growth rate of State’s population.v. As per the report, migration is the only component that can significantly alter the emerging population scenario in Kerala.Quick Facts about Kerala:♦ Capital – Thiruvananthapuram♦ Current Chief Minister – Pinari Vijayan♦ Current Governor – P. Sathasivam♦ Important National Park – Silent Valley National Park 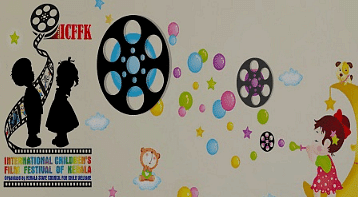 International Children’s Film Festival Of Kerala:i. Screenings at the festival are organised by the Kerala State Council for Child Welfare, Kerala State Chalachitra Academy, Kerala State Film Development Corporation, and the State Institute of Children’s Literature.ii. Chairman of the organising committee is actor and MLA, Mukesh. More than 140 films, documentaries and short films will be screened in the festival.iii. This will be an opportunity for children to view world class films.

Shri Gadkari Inaugurated Two National Highways and Lay Foundation Stone of a Highway Project in PunjabOn 14th May 2018, Union Minister for Road Transport, Highways, Shipping, Water Resources and Ganga Rejuvenation Nitin Gadkari inaugurated the upgraded 4-lane NH-15 from Amritsar to Bhatinda and NH-64 from Zirakpur to Bhatinda in Punjab.Nitin Gadkari inaugurated Two National Highways:i. He also laid the foundation stone of 2-laning with paved shoulders of the Munak-Jhakhal-Budhlana section of NH-144B in Punjab.ii. The 175 kilometre NH-15 stretch was finished in 24 months costing Rs 2893 crore.iii. This will benefit the commuters since the commuting time now is only two hours between Amritsar and Bhatinda.iv. The Harike bypass on the NH will also reduce traffic and pollution in the Harike city.v. Three ROBs (Road over Bridge), five flyovers, 12 underpasses and 31 large junctions have been developed under the project.vi. The 216 kilometre NH-64 stretch was finished in 24 months costing Rs 2264 crore.vii. The NH will benefit tourists travelling to Bhatinda, Amritsar and Simla, since the travel time between Chandigarh and Bhatinda has been reduced to three hours.viii. District Headquarters like, Mohali, Patiala, Sangrur, Bhatinda, Faridkot and Amritsar will be connected by a 4-lane highway.ix. The project comprises an ROB, 12 flyovers, 22 underpasses and 42 large junctions.x. The 45.89 kilometre 2-laning with paved shoulders of the Munak-Jhakhal-Budhlana section of NH-144B will be constructed in 18 monthscosting Rs 293 crore.xi. It will reduce the travel time between Bhikhi and Tohana by 1 hour. It will smoothen the travel between Haryana and Punjab.x. As a part of this project construction of a flyover in front of Guru Nanak College and a grade separator near football chowk of Buldhana will be done. It includes five kilometres of service roads, two VUPs and six small bridges.Some stadiums in Punjab:♦ Guru Nanak Stadium♦ International Hockey Stadium♦ Dhruv Pandove Cricket Stadium

IIM-Ahmedabad launches Bharat Inclusive InitiativeIIM-Ahmedabad’s Centre for Innovation, Incubation and Entrepreneurship (CIIE) has launched a Bharat Inclusion Initiative to develop knowledge, innovation and entrepreneurship in areas like financial inclusion, livelihood, education and health.Bharat Inclusive Initiative:i. Centre for Innovation Incubation and Entrepreneurship (CIIE) at IIM Ahmedabad helps entrepreneurs to transform their ideas into businesses.ii. The initiative aims to utilise nearly $25 million in the next 3-4 years in backing start-ups, utilising digital transformation in India, to develop access to services that were inaccessible for a large segment of Indians.iii. CIIE will invest in seed and pre-Series-A start-ups through Bharat Inclusion Seed Fund.Its initial closing has been announced as $7.5 million. It is expected to make a final close at $15 million by July 2018.iv. Neharika Vohra is the chairpeson of the CIIE initiative. Bharat Inclusion Initiative aims to catalyse entrepreneurs.v. It will provide in-depth research to build knowledge about the under-served and incubate new start-ups and provide access to soft and patient capital.About IIM-Ahmedabad:♦ Chairman – Kumar Mangalam Birla♦ Location – Ahmedabad, Gujarat 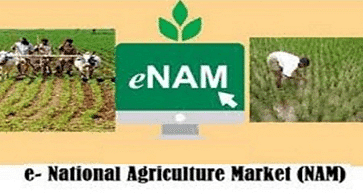 Objectives:To incorporate all the wholesale markets from all states in a virtual marketplace for transparent trade of agricultural commodities facilitating farmers, traders and buyers.Salient Features:i. Encouragement ofinter-mandi trade and transactions and improvement in quality is of utmost priorityii. Once the system is fully operational more mandis will be linked to it.iii. As of now 585 mandis of 14 states have been linked. These 14 states are Andhra Pradesh, Chhattisgarh, Gujarat, Haryana, Himachal Pradesh, Jharkhand, Madhya Pradesh, Maharashtra, Odisha, Rajasthan, Tamil Nadu, Telangana, Uttar Pradesh and Uttarkhandiv. Through these procedure the government wants to ensure all the wholesale mandis are making use of the online auction and that would help in gradually shifting towards a full –fledged online trading platform for mandis within a state and even outside the state.eNAM Portal:♦ Its an online trading platform of agricultural commodities aimed at bringing all the wholesale mandis (marketplace) at one place electronically to help them engage in trade and transactions virtually without any geographical barriers. It is also a mobile app that can be accessed through 8 different regional languages supported by it.♦ As of now 73.50 lakh farmers , 53,163 commission agents and over one lakh traders have been registered in this portal (http://www.enam.gov.in/NAM/home/index.html).

UNDP to set up a skill development centre in HyderabadWith an aim to impart skill training and self-sufficiency the United Nations Development Programme (UNDP) has decided to set up a centre at ‘BHAROSA’ in Hyderabad . 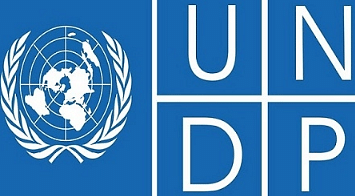 Key points:i. The agreement has been signed by the UNDP & Hyderabad policeunder the ‘DISHA’ project to provide skill training to the distressed women effected by violence .ii. This aims at enabling rehabilitationand job creation like desk jobs and in the field of enterprenuership for the women involved depending on their educational qualification.UNDP:♦ Headquarters : New York City, US.♦ Objective: To impart and help in promoting self-development and train people in need of developing countries involved with it. To assist them with technical and financial cooperation.BHAROSA:♦ It is a centre open 24×7 for distressed women and children seeking services related to health, medicine, legal , therapeutic counseling etc. It has support staff well equipped with gadgets and technical services that might help the victim.♦ Since it’s inception it has helped 3560 victims out of which 2600 of them are victims of domestic violence.