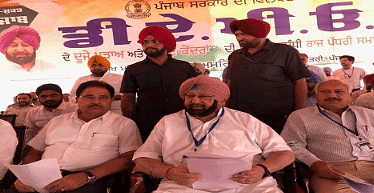 Development Projects for Tarn Taran, Punjab:
i. Tarn Taran district in Punjab is strategically located near the Indo-Pakistan border.
ii. Majority of the development projects (amounting to Rs. 370 crore) announced, are for improving road network and connectivity.
iii. Rs 60 crore has been set aside for the development of 779 schools while Rs 44 crore has been earmarked for development works in various mandis.
iv. Rs 40 crore will be spent for strengthening of health facilities in the district and Rs 12 crore for establishing government degree college.
v. Other projects include setting up a buffalo research centre and construction of high-level bridges.
Quick Facts about Punjab:
♦ Capital – Chandigarh
♦ Current Chief Minister – Amarinder Singh
♦ Current Governor – V P Singh Badnore
♦ Important River – Sutlej

PM Modi to lay foundation stone for construction of Zojila Tunnel in J&K
On May 19, 2018, Prime Minister Narendra Modi will lay the foundation stone of 14.2-km-long tunnel under the Zojila Pass in Jammu & Kashmir.
More information about Zojila Pass:
i. This tunnel will provide all-weather connectivity from Baltal in Kashmir to Minamarg near Gumri in Ladakh.
ii. Located at a height of above 11000 feet, Zojila Pass is the gateway to Ladkah region and connects Kargil and Leh with Srinagar. However, during winters, it remains inaccessible due to heavy snowfall.
iii. The tunnel will have immense utility for tourists. It also has a strategic significance as it will facilitate quick mobilisation of troops in case of any incursion from across the border.
iv. The project will be executed by IL & FS, which has experience of infrastructure development in such tough terrain.

Environment Ministry Forms 19 Teams to clean Beaches and lakes
Union Ministry of Environment, Forest and Climate Change, has formed 19 teams to take up cleaning of beaches, lakes and river fronts across India.
Teams formed for Clean-up drive:
i. The 19 teams comprise senior officers of environment ministry, State Pollution Control Boards, college of fisheries located along the coastal stretches, district administration and other educational/research institutions.
ii. Eco-club schools, which are being provided assistance from Environment Ministry under the National Green Corps programme will also be a part of the teams.
iii. The 19 teams will undertake cleaning up of around 24 beaches in 9 coastal states and river fronts in 24 identified polluted stretches in 19 states.
iv. In addition to this, a special cleanliness drives will be carried out at Yamuna riverfront in Delhi and certain lakes and water bodies. 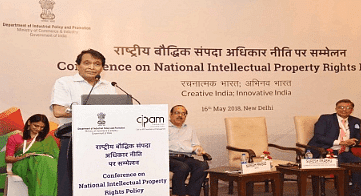 Mascot IP Nani is a tech-savvy grandmother who helps in combating IP crimes with the help of her grandson “Chhotu” aka Aditya. The IP mascot will spread awareness about the importance of Intellectual Property Rights (IPRs) among people, especially children, in an interesting manner.
Key Points:
i. The National IPR Policy was approved by the Union Cabinet on 12th May 2016. The objective of the Policy is “IPR Awareness: Outreach and Promotion” on IPR for school children .
ii. The Cell for IPR Promotion and Management (CIPAM) under the Department of Industrial Policy and Promotion (DIPP)collaborated with the European Union Intellectual Property Office (EU-IPO) to produce a series of animated videos on IPRs for children with IP Nani as their central character.
iii. The Minister has launched an anti-piracy video featuring actor Mr. Amitabh Bachhan in the same event.
Cell for IPR promotion and Management (CIPAM):
i. All these videos are available on CIPAM’s official YouTube channel (CIPAM India), Twitter handle @CIPAM_India and Facebook Page @CIPAMIndia.
ii. So far 100 schools and 8000 students have been given workshops since it started in April 2017. NCERT to include lessons on IPR in class 12 syllabus.

Union Minister of Agriculture and Farmers’ Welfare Shri Radha Mohan Singh addresses National Conference of Fisheries Ministers of Coastal states
On 17th May 2018, Union Minister of Agriculture and Farmers’ Welfare, Radha Mohan Singh addressed the National Conference of Fisheries Ministers of Coastal states, in New Delhi.
National Conference of Fisheries Ministers of Coastal states:
i. Radha Mohan Singh said that, during the last decade, India has attained first position with 14% average annual growth in the export of fish & fishery products.
ii. He added that, Fish production in India has also grown by 27% in 2014-18 compared to 2010-14.
iii. He said that, the government has decided to promote deep sea fishing and has launched a sub-component ‘Assistance for Deep Sea Fishing’ under the Blue Revolution.
iv. As per this scheme, self-help groups of traditional fishermen are given 50 per cent of the vessel cost i.e. the central assistance of Rs 40 lakh for vessel costing up to Rs 80 lakh.
v. In the first year, central funds of over Rs 300 crore have been released for the implementation of this scheme in Tamil Nadu, Andhra Pradesh and Gujarat.
Some important dams in India:
♦ Indira Sagar Dam – Narmada River
♦ Warna Dam – Varna River
♦ Bhatsa Dam – Bhatsa and chorna River