Prakash Javadekar launches Samagra Shiksha scheme for school education
On May 25,2018, The Union Minister of Human Resources and Development Mr. Prakash Javedekar launched the “ Samagra Shiksha “scheme .This scheme is targeted towards providing education from pre-school till class 12.
i. This scheme will consist of the three components considered earlier for school education . They are : Sarva Shiksha Abhiyan (SSA),Rashtriya Madhyamik Shiksha Abhiyan (RMSA) and Teacher Traning .
ii. The budget has been enhanced for school education from Rs. 28000 crore from 2017-18 to Rs. 34000 crore from 2018-19. And it would be further increased to Rs. 41000 crore in 2019-2020 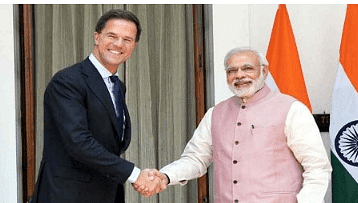 Shri Ravi Shankar Prasad inaugurated cloud enabled Data Centre at Bhubaneshwar
On May 25,2018 , The Union Minister for Electronics & IT and Law & Justice Shri. Ravi Shankar Prasad has inaugurated cloud enabled Data Centre at Bhubaneswar, Odisha.
i. Objective: This will provide 24*7 online services for e-Governance applications and its departments .
ii. The Data centre and cloud services are being offered by National Informatics Centre (NIC).
iii. This would provide on-demand access to Information and Communication Technology (ICT ) 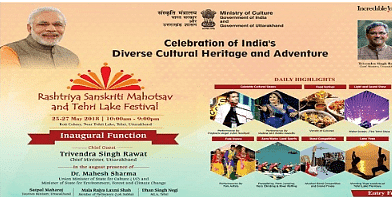 Objective of the 3 day event:
To present and promote rich cultural diversity and inter-linkages amongst different states to strengthen National participation.
Salient features about the Mahotsav:
i. It aims to preserve , popularize and promote the cultural heritage and diversity of all Indian states .
ii. The cultures of other states would be displayed through a food festival.
iii. This year the partner state for the festival of Uttarakhand is Karnataka. Special emphasis is given to the performances of the partner state.
iv. Performances of arts, folk dances, music, cuisines would be showcased from different states. Special local Tehri folk artists would join as well.
v. The North Zone Cultural Centre (NZCC) , Patialahas been given the responsibility to carry the execution of the festival.
About RSM:
♦ So far 8 RSM’s have been organized with : 2 in Delhi, 2 in Karnataka, 1 each in Varanasi, Gujrat , MP and North Eastern State Capitals.