What are Some Salient Features of Indus Valley Civilization? 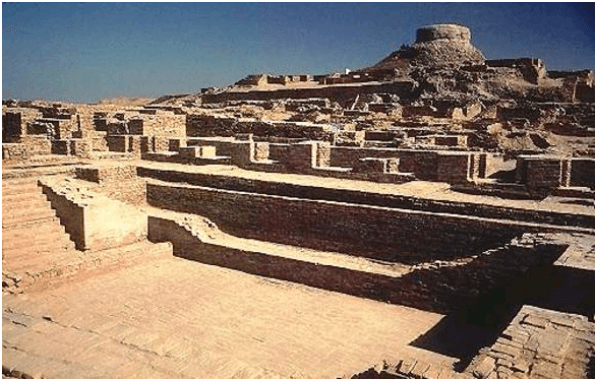 The Great Bath at Mohenjodaro, a city in the Indus River Valley Civilization
Try yourself:Which of the following crops were important crops of harappa civilization?
Explanation

Two most important Harappan crops were Wheat and Barley.

View Solution
In the Harappan Culture (Indus Valley Civilization) the purpose of the Great Bath in the citadel at Mohenjodaro was community bathing, Swimming exercises and water sports, and some elaborate ritual of vital importance, including a corporate social life. Almost all Harappan towns had large Granaries because taxes were paid in kind and therefore granaries acted as a sort of public treasuries, surplus produce of the countryside was stored in the towns, food-grains were stored for the purpose of trade.

In the Harappan Culture, people had a common Burial system, which is proved by the earth burials with the head of the dead normally laid towards the north, and the burial of commonly used items with the dead. The following features of modern Hinduism is derived from the Harappan culture,  cults are Shakti worship, Worship of Siva as Pashupati, Worship of Siva-linga in the form of conical and cylindrical stones. The features of the religious life of the Indus Civilisation are Pipal and acacia trees were regarded as celestial plants, the tree of life figures with great frequency on the seal, the people had faith in amulets and charms, which shows that they were afraid of demons.

Watch this video on Seals & Script of Indus Valley Civilization to have a quick glance at the topic in few minutes. Try yourself:Which of the following religion was followed by people at Harappan civilisation?
Explanation

The Indus Valley religion is polytheistic and is made up of Hinduism, Buddhism and Jainism. There are many seals to support the evidence of the Indus Valley Gods. Some seals show animals which resemble the two Hindu Gods, Shiva and Rudra.

Proofs of maritime activities of the Indus Valley people are the discovery of a dockyard at Lothal, the discovery of a large number of articles which were not produced or found in the country, and Commercial links of the Harappans with the West Asian countries. The docks and canal in the ancient city of Lothal, located in modern India: Archaeological evidence suggests that the Indus River Valley Civilization constructed boats and may have participated in an extensive maritime trade network.

Similarities between Harappan culture and the other ancient civilisations of Sumer, Mesopotamia and Egypt are Organised city life, Potter’s wheel and Domestication of animals. The distinctive features of Harappan Culture are Rectangular town planning, Absence of canal irrigation, and the great Granaries of Mohenjodaro and Harappa.

How were the Indus people different from the Rigvedic Aryans? 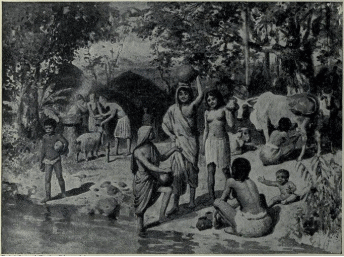 Aryans in India- An early 20th-century depiction of Aryan people settling in agricultural villages in India.(a) The ethnic type of the Aryans was different from the four ethnic types (Australoids, Mediterranean, Mongolian and Alpine) found at Mohenjodaro(b) Whereas the Aryans lived a pastoral and agricultural life, the Indus people lived a highly organised city life(c) The Vedic Aryans probably knew of iron and defensive armour which were totally absent in Harappan Culture.

What Are The Specialties Indus Valley Sites? 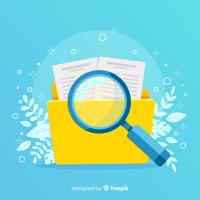