(a) Line IntegralsA line integral is an expression of the form 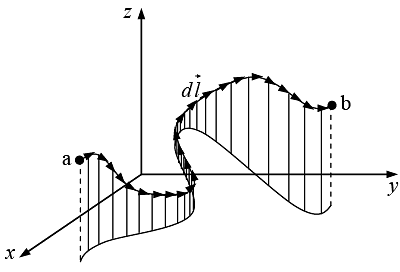 is a vector function,

is the infinitesimal displacement vector and the integral is to be carried out along a prescribed path P from point a to point b. If the path in question forms a closed loop (that is, if b = a), put a circle on the integral sign:

(evaluated at that point) with the displacement

to the next point on the path. The most familiar example of a line integral is the work done by a force

Ordinarily, the value of a line integral depends critically on the particular path taken from a to b, but there is an important special class of vector functions for which the line integral is independent of the path, and is determined entirely by the end points(A force that has this property is called conservative.)Example 14: Calculate the line integral of the function 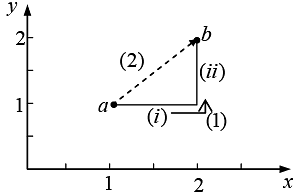 Example 15: Find the line integral of the vector

around a square of side ‘b’ which has a corner at the origin, one side on the x axis and the other side on the y axis. 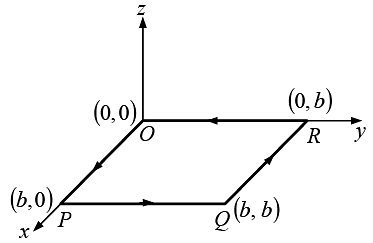 In a Cartesian coordinate syste

along the triangular path shown in the figure. 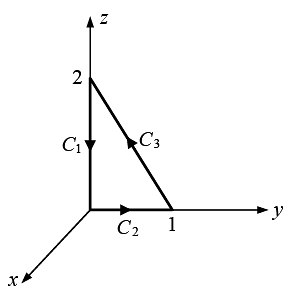 where c1 and c2 are contours shown in the figure. 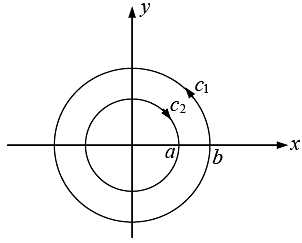 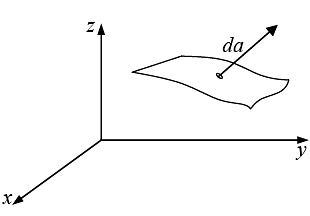 A surface integral is an expression of the form

is again some vector function, and

is an infinitesimal patch of area, with direction perpendicular to the surface(as shown in figure). There are, of course, two directions perpendicular to any surface, so the sign of a surface integral is intrinsically ambiguous. If the surface is closed then “outward” is positive, but for open surfaces it’s arbitrary.  If

describes the flow of a fluid (mass per unit area per unit time), then

arepresents the total mass per unit time passing through the surface-hence the alternative name, “flux.”Ordinarily, the value of a surface integral depends on the particular surface chosen, but there is a special class of vector functions for which it is independent of the surface, and is determined entirely by the boundary line.Example 18: Calculate the surface integral of A

over five sides (excluding the bottom) of the cubical box (side 2) as shown in figure. Let “upward and outward” be the positive direction, as indicated by the arrows.

Taking the sides one at a time: 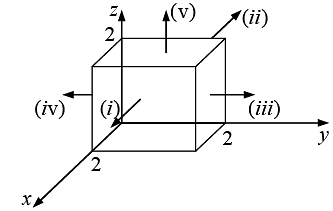 Evidently the total flux is

Example 19:  Given a vector

over the surface of the cube with the centre at the origin and length of side ‘a’.

The surface integral is performed on all faces. The differential surface on the different faces are 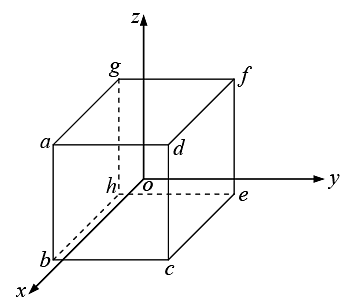 Example 20: Use the cylindrical coordinate system to find the area of a curved surface on the right circular cylinder having radius = 3 m and height = 6 m and 30º <∅ < 120º. 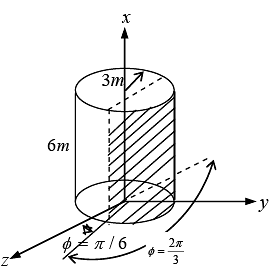 In cylindrical coordinate system, the elemental surface area as scalar is

Taking the magnitude only

Example 21: Use spherical coordinate system to find the area of the strip 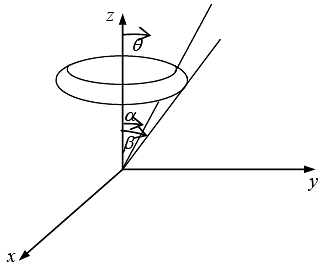 Sphere has radius ‘a’ and θ varies between α and β.For fixed radius the elemental surface is  da = (rsinθ d∅)(rdθ) = r2 sinθdθd∅

(c) Volume IntegralsA volume integral is an expression of the form

where T is a scalar function and dτ is an infinitesimal volume element. In Cartesian coordinates,dτ = dx dy dz.For example, if T is the density of a substance (which might vary from point to point) then the volume integral would give the total mass. Occasionally we shall encounter volume integrals of vector functions:

because the unit vectors are constants, they come outside the integral.