Myanmar, UN sign pact on steps for Rohingya return
On 6th June 2018, Myanmar and U.N. agencies signed a MoU for the eventual return of some of the 700,000 Rohingya Muslims who fled from Myanmar due to brutal attacks of Mynamar’s security forces and have camped now in Bangladesh.
Myanmar, UN sign pact on steps for Rohingya return:
i. The MoU promises to develop a framework of cooperation aimed to create conditions for voluntary, safe, dignified and sustainable return of Rohingya refugees.
ii. The agreement does not mention about Myanmar’s denial of citizenship for the minority.
iii. Myanmar’s security forces have been accused of rape, killing, torture and the burning of Rohingya homes in western Rakhine state. Most of the Rohingyas lived in this region.
iv. In November 2017, Myanmar and Bangladesh agreed to repatriate Rohingyas. But refugees feared to return to Myanmar without international monitoring, as their life would be at risk.
v. Knut Ostby, U.N. Resident and Humanitarian Coordinator in Myanmar, has said that, this agreement is an important first step in resolving this issue.
vi. The U.N. has said that, the agreement offers its refugee and development agencies access to Rakhine state.
vii. It would allow the refugee agency to assess the situation and inform refugees about conditions in their areas of origin, so that the refugees can decide whether to return or not.
Some important stadiums in India:
♦ Buddh International Circuit – Greater Noida, Uttar Pradesh
♦ Salt Lake Stadium – Kolkata, West Bengal
♦ DY Patil Stadium – Navi Mumbai, Maharashtra

Key points:
i. The number of countries ranked is 163.
ii. India improved by 4 places from 141st to 137th due to the reduction in violence caused by the enforcement of new laws.
iii. Iceland got the top rank . It has been ranked the most peaceful country from 2008.
iv. New Zealand is 2nd , Austria is 3rd , Portugal is 4th and Denmark is 5th.
v. The 5 least peaceful countries are:Afghanistan (162nd ), South Sudan, Iraq and Somalia. Syriabeing the least peaceful country ranking 163rd.
vi. India was also among the countries with the biggest decreases in the number of deaths, along with Sri Lanka, Chad, Colombia, and Uganda.
vii. Countries like Egypt, India, Iran, Pakistan, South Korea, and Syria has had an increase in heavy weapon capabilities in the past 30 years. 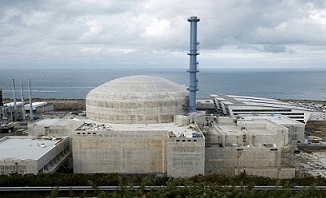 Key points:
i. It has third generation European technology.
ii. It is being managed by China General Nuclear Power Corporation .
iii. There are two reactors called : Taishan 1 and Taishan 2 and are of the same technology as EPRs in France and Finland. Taishan 1 will commence in a few weeks and Taishan 2 will start from 2019.
iv. This project is in Guangdong province and is 51% owned by CGN , 30% owned by EDF and 19% owned by the region’s electrical utility firm.
v. Another reactor in the Hinkley Point in southwest England is being built by EDF and CGN and will be operational in 2020.