Visit of Vice President to Guatemala, Panama and Peru

Vice President M. Venkaiah Naidu was on an official visit to Guatemala, Panama and Peru in Latin America from 6th -12th May, 2018. This was Mr. Naidu’s first official overseas visit. On this visit, Mr. Naidu was accompanied by a high-level delegation including Minister of State for Tribal Affairs Shri Jasvantsinh Sumanbhai Bhabhor. 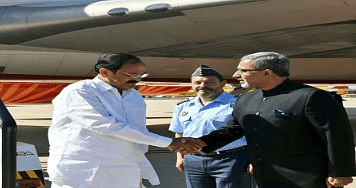 Visit to the Republic of Guatemala

Vice President M. Venkaiah Naidu was in Guatemala from 6th to 8th May, 2018. This was the first ever visit of an Indian Vice President to the Republic of Guatemala.

On May 8, 2018, India and Guatemala agreed to support each other’s candidature for the non-permanent membership of the United Nations Security Council (UNSC).

On May 8, 2018, India and Guatemala signed a Memorandum of Understanding (MoU) for expanding cooperation in the area of diplomatic training through their respective Foreign Service Institutes.

Highlights of Bilateral meeting with the Vice President of Guatemala

Diplomatic Relations between Guatemala and India were established on May 16, 1972.

i. A memorandum of understanding (MoU) for Exemption of Visa for Diplomatic, Official and Consular Passport Holders.

During the course of this visit, Mr. Naidu announced two Credit Lines of assistance to Panama:

i. USD 10 million line of credit for setting up a Centre for Biodiversity and Drug Discovery

ii. USD 15 million line of credit for setting up a Centre for Innovation & Technology

Vice President M. Venkaiah Naidu visited Peru from 10th to 12th May, 2018. During this visit, Vice President Naidu held extensive talks with President, Prime Minister and senior Ministers of Peru in Lima and discussed range of issues of mutual interest.

During Vice President Naidu’s visit to Peru, Peruvian Prime Minister Mr. Cesar Villanueva Bardales, noted that India is considered a leader in pharmaceutical sector and Peru intends to take benefit of the same.

India and Peru celebrated 55 years of diplomatic ties in Lima

Celebrations commemorating the 55th Anniversary of establishment of diplomatic relations between India and Peru were held during this visit in Peruvian capital Lima.

During a meeting with vice president M Venkaiah Naidu, Peru’s minister of foreign trade and tourism Rogers Valencia Espinoza, stressed on the need to conclude the comprehensive free trade agreement with India at the earliest. 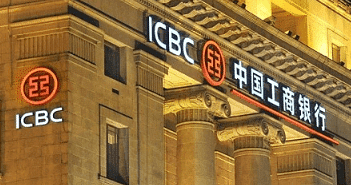 Salient features of ICBC Credit Suisse India Market Fund:
i. The fund will invest in exchange-traded funds listed on more than 20 exchanges in Europe and the US that are based on the Indian market.
ii. ICBC is pitching this fund to investors stating that Indian market offers the best opportunity for Chinese investors due to the prospects of double-digit growth.
iii. Interestingly, this fund has been launched within a fortnight after the first ever informal summit between Prime Minister Narendra Modi and Chinese President Xi Jinping at Wuhan.
Quick Facts about ICBC:
♦ Founded in – 1984
♦ Headquarters – Beijing, China

Nepal to host 2018 BIMSTEC summit
i. On 12th May , Nepal’s Prime Minister KP Sharma Oli announced that Nepal will be the host for the upcoming 2018 BIMSTEC Summit .

ii. This was announced during the bilateral talks between the Prime Minister of Nepal and India on commitment towards building the Bangladesh-Bhutan-India-Nepal initiative.
Key point:
On Prime Minister Narendra Modi’s two-day visit to Nepal , several talks were held among which the Prime Minister of Nepal announced that Nepal will be the host for the 2018 Bay of Bengal Initiative of Multi-Sectoral Technical and Economic Cooperation Summit (BIMSTEC).
BIMSTEC:
♦ Headquarters: Dhaka, Bangladesh.
♦ It is a sub-regional group of seven countries namely Bangladesh, India, Bhutan, Nepal,Myanmar, Sri Lanka and Thailand in the South-Asia region.
♦ Establishment : 6th june 1997 through Bankok Declaration.
♦ Objective: To work in collaboration with its member countries in all 14 sectors including agriculture, poverty, counter terrorism, environment, culture , trade, technology etc. for better development in the South Asian region.