The document International Trade Notes | EduRev is a part of the UPSC Course Geography for UPSC CSE.
All you need of UPSC at this link: UPSC

Basis of International TradeThe factors on which international trade depends are as follows:

These are developed as a response to the failure of global organizations. There are 120 regional trade blocs that generate 52% of the world’s trade.

Some of the trade blocs are as follows: 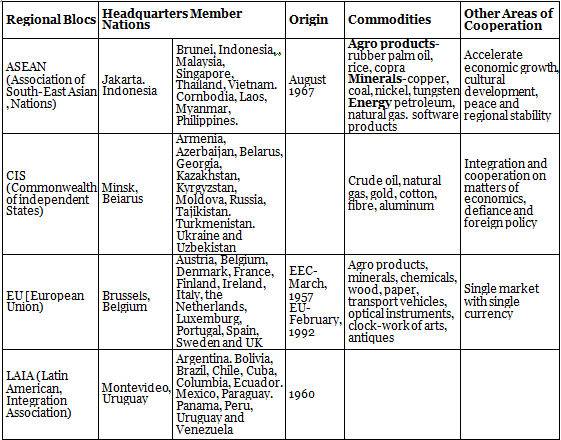 This can be summarised as merits and demerits of international trade.

Gateways of International TradeHarbours and ports are the chief gateways of international trade. These ports facilitate the passage of cargos and travellers as well as provide facilities of docking, loading, unloading and storage.

Types of PortsPorts are generally, classified according to the types of traffic which handle. Types of ports on the basis of cargo handled are:

Types of Ports on the basis of Location

Types of Ports on the basis of Specialised Functions