The document Introduction to Chemical Bonding JEE Notes | EduRev is a part of the JEE Course Chemistry Class 11.
All you need of JEE at this link: JEE

Matter is made up of one or different type of elements. Under normal conditions no other element exists as an independent atom in nature, except noble gases. However, a group of atoms is found to exist together as one species having characteristic properties. Such a group of atoms is called a molecule. Obviously there must be some force which holds these constituent atoms together in the molecules. The attractive force which holds various constituents (atoms, ions, etc.) together in different chemical species is called a chemical bond.

Most of the elements exist as molecules which are a cluster of atoms.How do atoms combine to form molecules? Why do atoms form bonds? Such doubts will be discussed in this chapter.

Cause of Chemical Combination

(a) Tendency to acquire minimum energy

Note:Bond formation is an exothermic process.

(b) Expansion of Octet 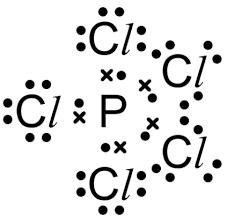