The document Introduction to Prime Numbers GMAT Notes | EduRev is a part of the GMAT Course Quantitative Aptitude for GMAT.
All you need of GMAT at this link: GMAT

What is a Prime Number?A prime number is a positive integer having exactly two factors. If p is a prime, then it’s only factors are necessarily 1 and p itself. Any number which does not follow this is termed as composite numbers which means that they can be factored into other whole numbers.

Note: It should be noted that 1 is a non-prime number.

Here, all the concepts of prime numbers are covered along with various examples. The key concepts that are covered here include:

The table below shows the list of prime numbers from 1 to 100. 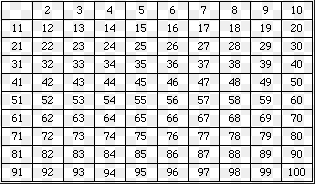 Smallest Prime Number
The smallest prime number as defined by modern mathematicians is 2. To be prime, a number must be divisible only by 1 and the number itself which is fulfilled by the number 2.

How to Find Prime Numbers?
Let us choose any random number “A.” We can find whether this number is a prime number or not using the following method-

Find the number k, where k2>A
If A is divisible by any prime number less than k, then A is a non-prime number, otherwise, A is a Prime number. Know how to find prime numbers online from 1 to 100.

Therefore, 19 is a prime number.

Note- It should be noted that an integer suppose, P > 1 is termed as a prime number when its only divisors are 1 and P.
Any numeric m > 1 which is not a prime is termed as a composite.

Each composite number can be factored into prime factors, and individually all of these are unique in nature.

Each composite number can be factored into prime factors, and individually all of these are unique in nature.