Real numbers can be defined as the union of both the rational and irrational numbers. They can be both positive or negative and are denoted by the symbol “R”. All the natural numbers, decimals and fractions come under this category. See the figure, given below, which shows the classification of real numerals.

The set of real numbers consist of different categories, such as natural and whole numbers, integers, rational and irrational numbers. In the table given below, all these numbers are defined with examples. 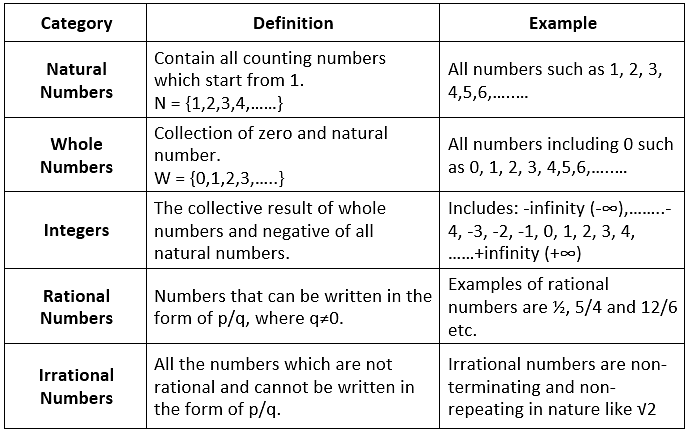 The chart for the set of real numerals including all the types are given below: 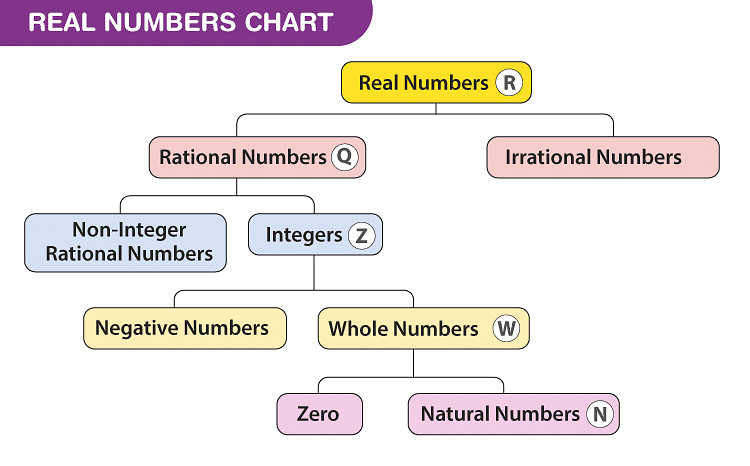 There are four main properties which include commutative property, associative property, distributive property and identity property. Consider “m, n and r” are three real numbers. Then the above properties can be described using m, n, and r as shown below:1. Closure PropertyThe sum and product of two real numbers is always a real number.The closure property of R is stated as follows: For all a, b ∈ R, a + b ∈ R and ab ∈ R2. Commutative PropertyIf m and n are the numbers, then the general form will be m + n = n + m for addition and m.n = n.m for multiplication.

There are additive and multiplicative identities.