Contents of this course of Structural Mechanics will focus on Civil Engineering structures only. Such structures are classified into various categories depending on the system/mode of classification: 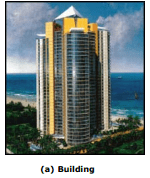 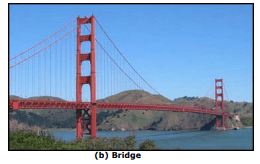 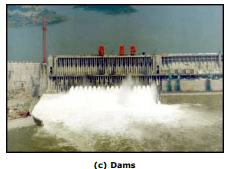 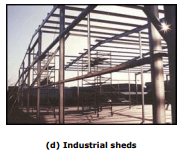 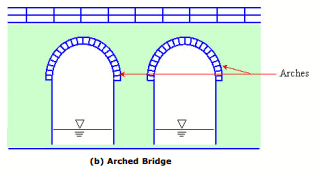 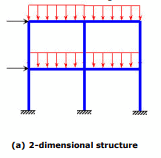 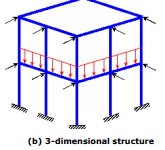 Similarly loads are also put into different categories, based on various criteria:

(a) Based on the source/origin: Wind load, earthquake load, self weight, live load, blast load, temperature stress, etc. a

(b) Based on the direction of action: Gravity loads, lateral loads, etc. (Figure 1.5) a

(c) Based on time-variation: Static, dynamic, impulse, pseudo-static, etc. a 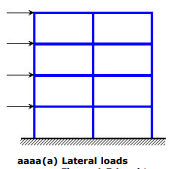 Figure 1.5 Load types based on direction of action

(c) Pressure acting on inner surface of a cylinder

Figure 1.6 Load types based on analysis point of view

Figures 1.7 & 1.8 illustrate how resultants are obtained for a two-dimensional (planer) force system. 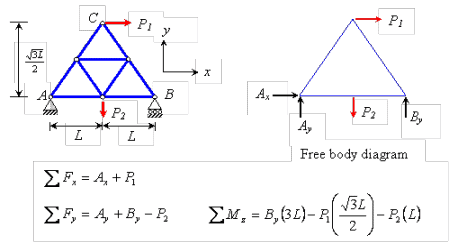 Figure. 1.7 Obtaining resultants for a truss

These equations provide the necessary and sufficient forces to keep a system in equilibrium. The omission of a force that is acting on a system or the inclusion of a force that is not acting on the system produces erroneous results in analyzing the behaviour of the system. Hence, it is of utmost importance to understand exactly what the mechanical system under consideration is and the forces that are acting on the specific system. A system is a body or a combination of connected bodies. The bodies can be either rigid or deformable (even fluids can be treated as body). For Structural Mechanics, we will restrict ourselves to the study of rigid and deformable solids only. For the important task of identifying the forces (and couples) acting on a system, we take the help of Free Body Diagrams. Thus, drawing a free body diagram becomes the first and foremost task in solution of problems in mechanics.

The free body diagram of a body (or its part, or a connected system of bodies) is obtained by isolating it from the all other surrounding bodies. The diagram detaches the system in consideration from all mechanical contacts with other bodies and sets it free . The other bodies are not shown in the diagram, but they are replaced by the forces (and couples) that they apply on the system for which we are drawing a free body diagram. The following examples show how to obtain the free body diagram for a system and also the equilibrium equations for the same system.