Peasants cultivated open fields which were strips of land near their villages. These strips were of varying quality. This was a measure to ensure that everyone had a mix of good and bad land. Beyond these strips lay common land which was used by all to graze cattle, gather fruits and berries and firewood.

This began to change from the 16th century. Wool became important. Farmers began to enclose fields to improve sheep breeds and ensure good feed. With enclosed fields there was no concept of common land. This changed the entire landscape of England.

Thrust in Grain Cultivation : From the mid-18th century onwards enclosures became different. They were now for grain cultivation. English population was expanding and Britain was industrialising. People moved to urban areas. Lesser people had to produce more grains. The market for foodgrain expanded. Foodgrain prices rose. This encouraged landowners to enclose lands and enlarge the area under grain cultivation. 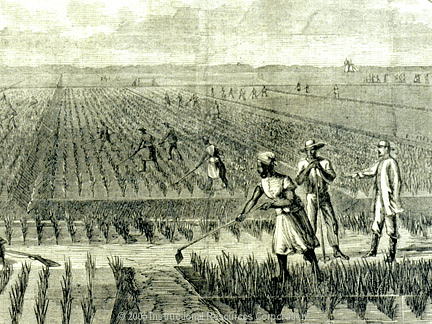 Enclosures : Foodgrain production increased as much as population. England was producing almost 80% of the foodgrain the population consumed. Crop production received a boost through various crop rotation techniques. Enclosures allowed landowners to expand the land under their control and produce more for the market.

The Farmers — The Poor : The poor no longer had access to the commons. They were displaced from their lands and found their customary rights disappearing. Work became uncertain, insecure and income unstable.

America the Land of Promises : During the time of enclosed fields in England, in the USA, the white American settlers were confined to a small narrow strip in the east. By early 20th century, these Americans moved westward. America was seen as a land of promises. The American Indians were forced to give up their land and move westward. The white Americans now moved westward, cleared land and cultivated wheat. 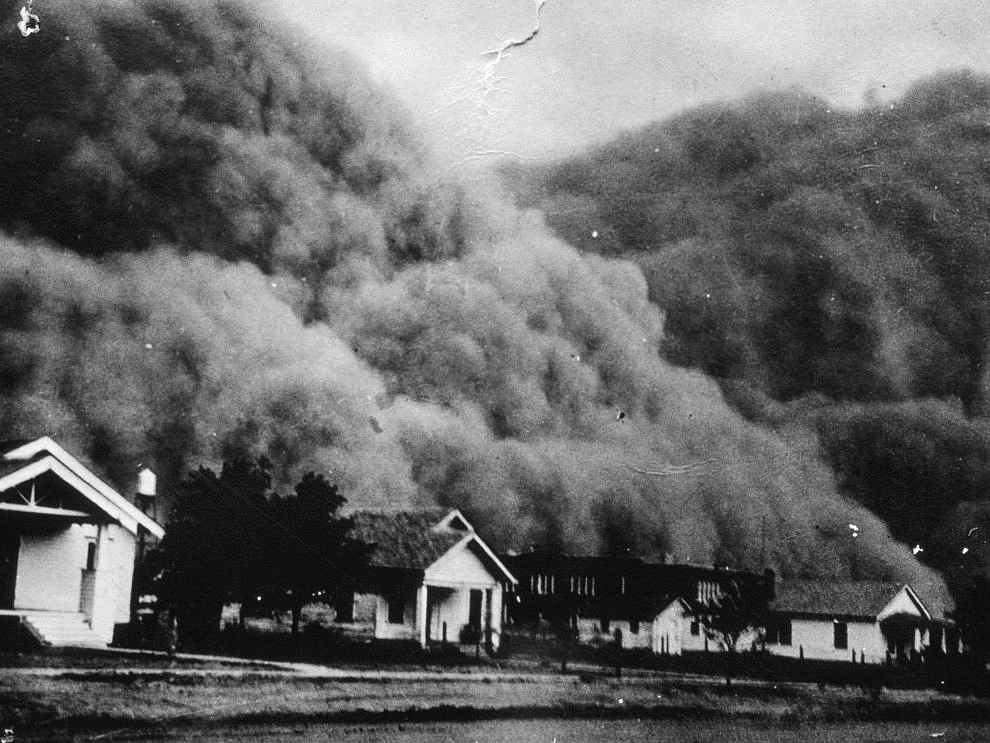 The Demand for Wheat : From the late 19th century onwards there was a population increase. Export market in wheat was also becoming bigger. Demand for wheat increased. Wheat supply from Russia was cut off. During the First World War the wheat market boomed.

The Poor : The machines spelt misery for the poor farmers. Many bought machines on loan which they could not pay later. Jobs were difficult to find. Production expanded and soon there was surplus. Wheat prices fell and export markets were adversely affected. The Great American Depression ruined the farmers in the 1930s.

Dust Bowl : In the 1930s, great dust storms were experienced. These killed cattle and destroyed land. Farmers had cleared land of grass which rendered large areas of land coverless and dry. The sod was broken into dust.

THE INDIAN FARMER AND OPIUM PRODUCTION

The Opium — Its Source — India : The Indian peasants were forced to grow opium. The British government bought this opium from them at nominal rates.

Unwilling Cultivators : The cultivators were unwilling to produce opium for various reasons :

The British discovered that opium produced in British territories was declining whereas in territories not under British rule the production was increasing. Traders were selling opium directly to China. This forced the British to establish its monopoly over this trade.

1.   Shifting Agriculture : Under this farmers cultivate a land for some time and after the land become infertile they shift to new land.

2.   Captain Swing : A mystic name used by poor labourers of England to threaten those who were introducing machines in agriculture.

4.  Great Agrarian Depression : It was a depression which occurred in USA in the 1930’s. It occurred because of surplus production in agriculture and ruined farmers everywhere.

5.  Swing movement : It was a movement which was launched by the poor workers of England against the introduction of threshing machines by the rich landlords.

6.  Dust Bowl Tragedy : It was a tragedy which occurred in 1930’s. The extensive use of prairies was responsible for the tragedy. Under this black blizzards become common in the Prairies.

10. Opium Trade : The smuggling of opium into China on a large scale in order to its trade more profitable.