The document Key Concepts Chapter 6 - Work, Life and Leisure, Class 10, SST (History) | EduRev Notes is a part of the Class 10 Course Social Studies (SST) Class 10.
All you need of Class 10 at this link: Class 10

SECTION A— CHARACTERISTICS OF A CITY 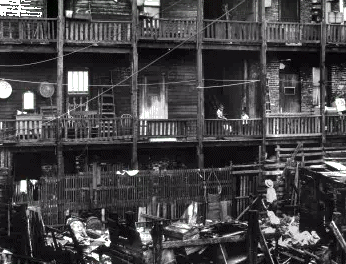 SECTION B— SOCIAL CHANGE IN THE CITY

SECTION C— POLITICS IN THE CITY

SECTION E— CITIES AND THE CHALLENGES OF THE ENVIRONMENT

Similarities between Baron Haussmann in Paris and Lew Kuan Yew in Singapore
Paris:Forcible reconstruction, the poor evicted, took 17 years to build with straight roads and avenues, one-fifth streets completed by 1870. Policemen employed for night patrols, shelters, taps and large numbers employed in building activities. About 3,500,000 people displaced from the centre of Paris. Met with criticism, but Paris became the toast of Europe, centre for new architectural, social and intellectual activities.