The document Key Concepts Chapter 8 – Challenges to Democracy, Class 10, SST | EduRev Notes is a part of the Class 10 Course Social Studies (SST) Class 10.
All you need of Class 10 at this link: Class 10

THINKING ABOUT CHALLENGES AND POLITICAL REFORMS 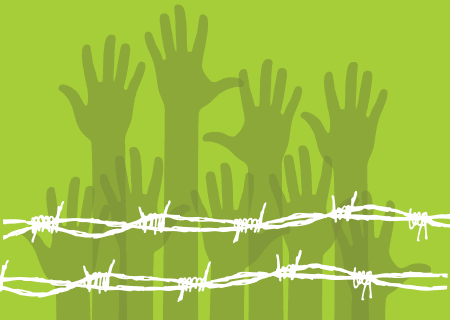 A.(i) One way is legal reform, making new laws to ban undesirable things.(ii) But legal-constitutional changes cannot overcome challenges to democracy.(iii) The reforms have to be carried out mainly by political activists, parties, movements and politically conscious citizens.
B. Legal changes sometimes have a counter-productive result. But laws which empower people to carry out democratic reforms are best, e.g. the Right to Information Act.
C. Democratic reforms are spread or brought about through political practice. Main focus of political reforms is strengthening democracy.
D. While proposing a political reform, one should be very clear about who will implement it and how. Political parties and MPs will never vote for a legislation that is against their interests.

CASE STUDY
Political funding
Challenge: On an average, every candidate who contested the last Lok Sabha elections owned a property of more than one crore. There is a fear that only wealthy people or those with their support can afford to fight elections. Most of the political parties are dependent on money given by big business houses. The worry is that the role of money in politics will reduce whatever little voice the poor have in our democracy.
Reform proposals:

Reform Politics: One cannot blame politicians for all the ills of our country. The politicians are no more corrupt than government officials, contractors or any middle-class professionals, politicians, but get more publicity. Laws cannot stop politicians, if they want to be corrupt. Only people and politicians together can stop corruption in politics and overcome wrong practices (e.g. appeals to caste and community).